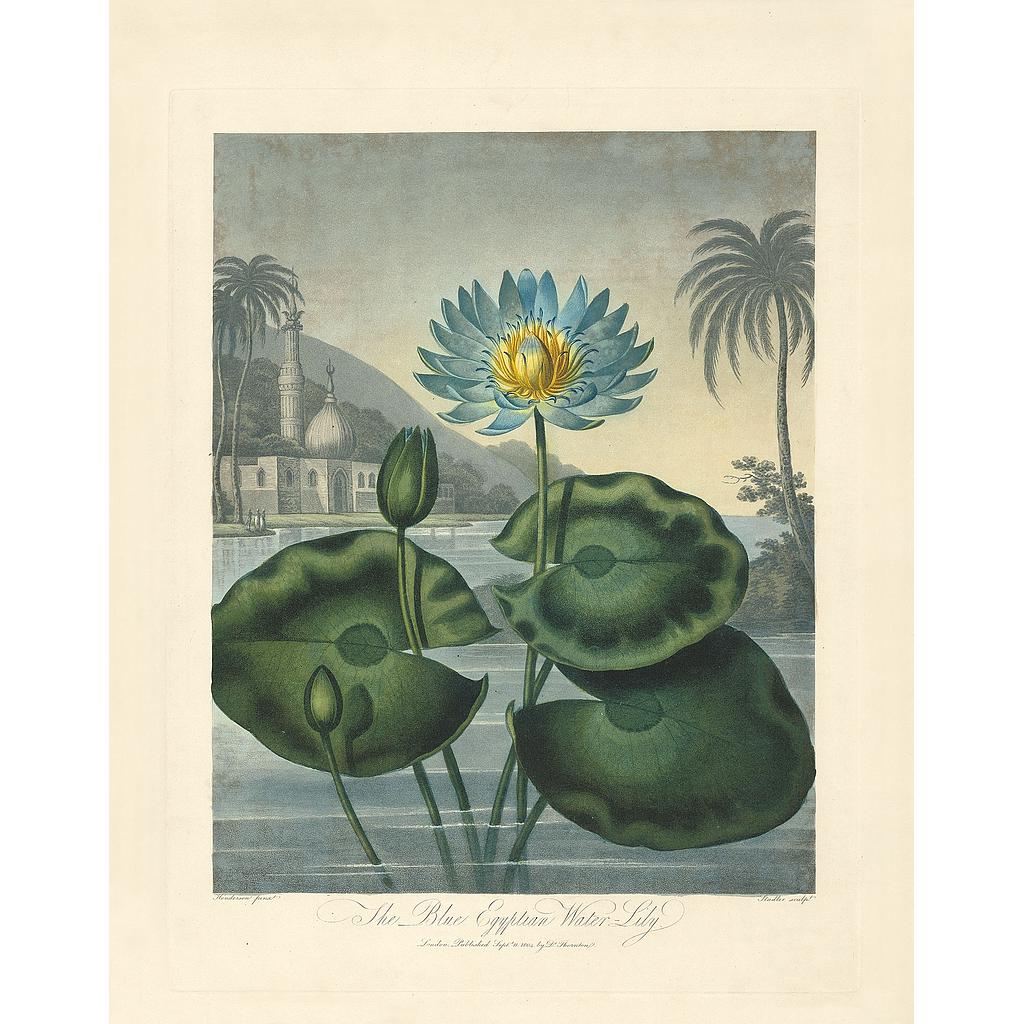 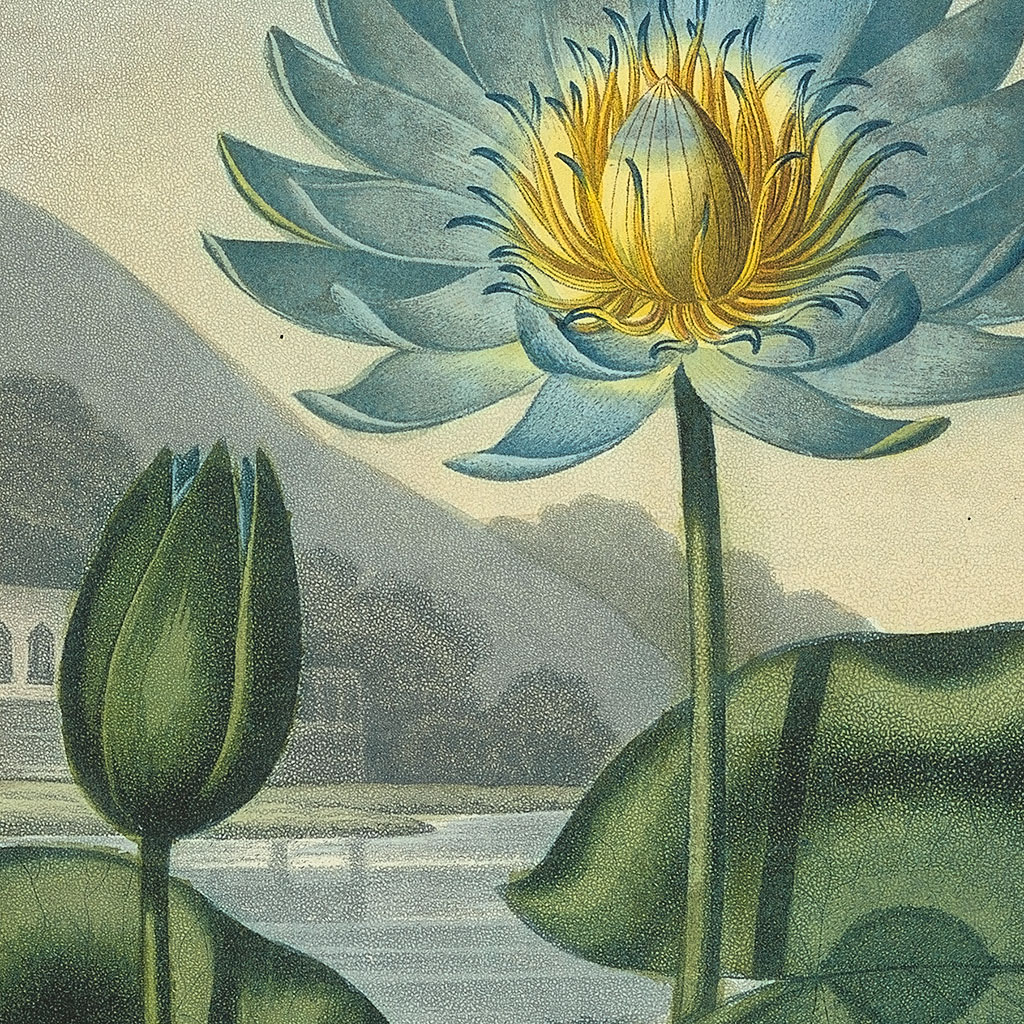 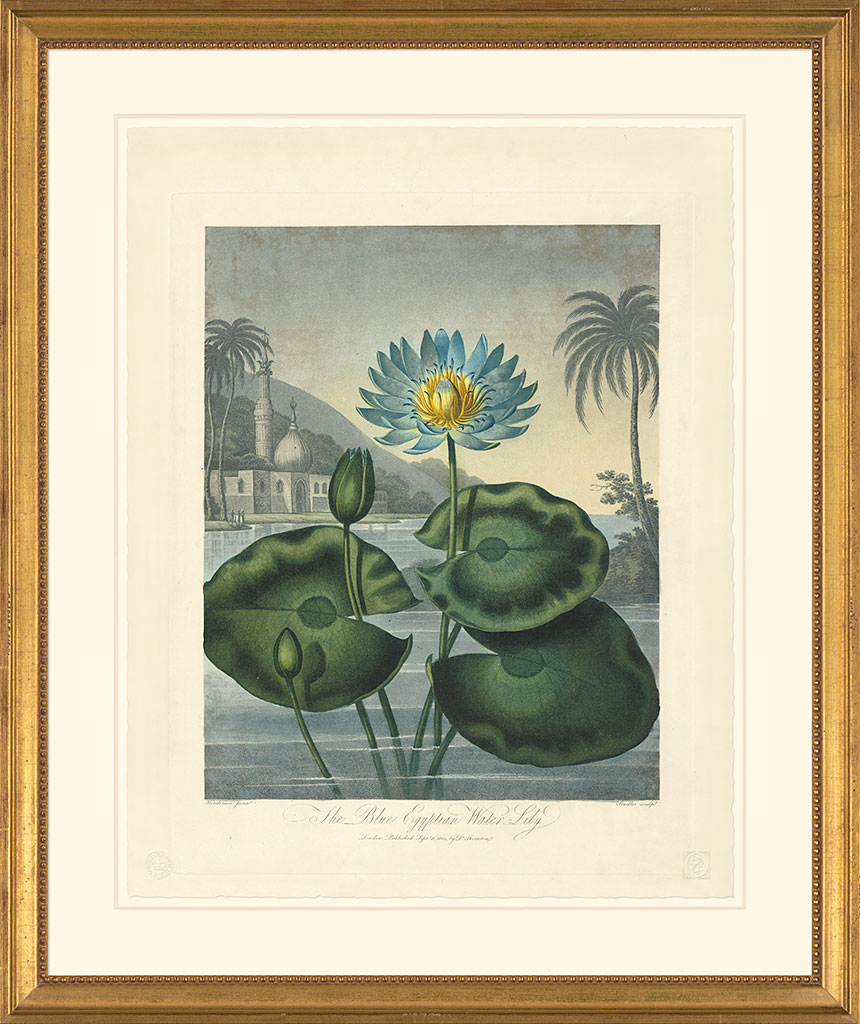 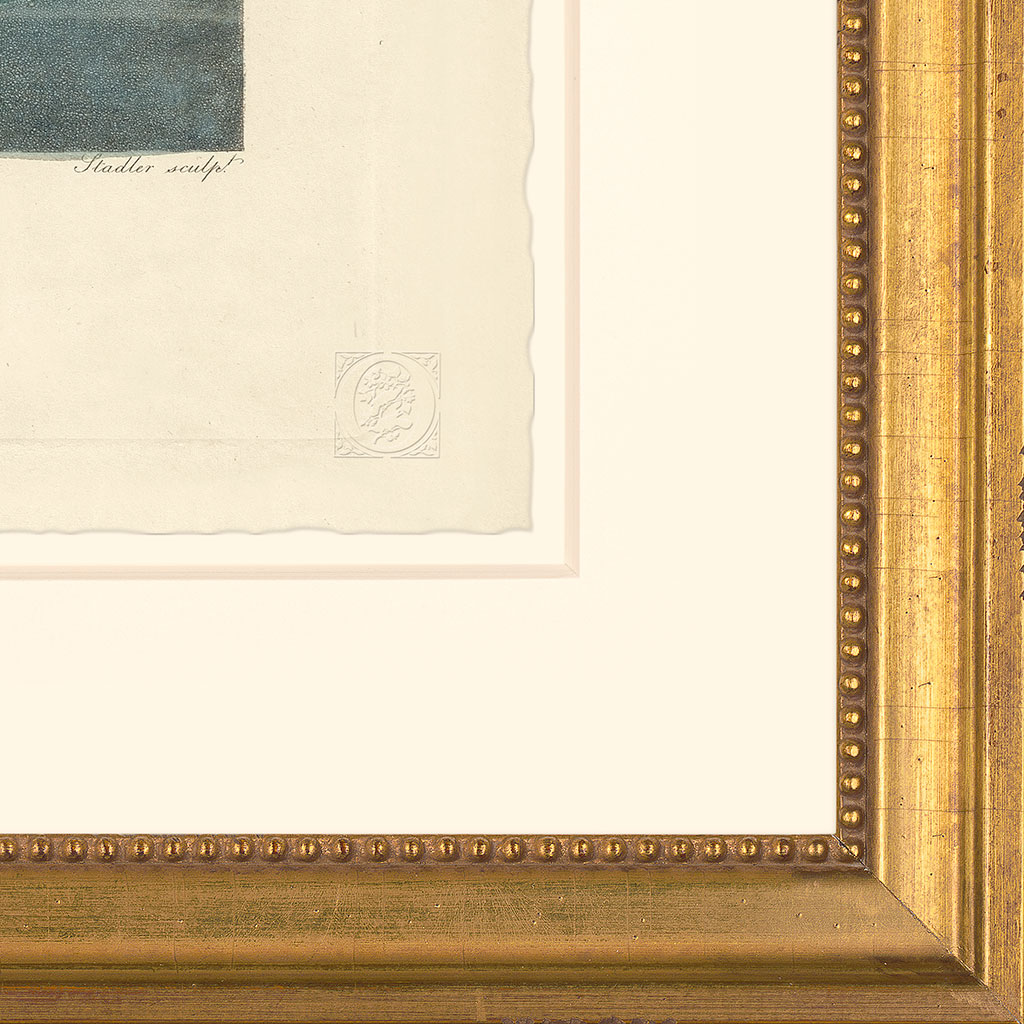 The Temple of Flora, The Oppenheimer Kew Gardens Edition

Dr. Robert Thornton’s Temple of Flora, 1798—1810, the third and final part of his New illustration of the sexual system of Carolus von Linnaeus, is perhaps the single most famous of all florilegia. The driving force and visionary behind the creation of this great work, Dr. Robert Thornton employed other artists and engravers to produce it. Printed in color and finished by hand, a variety of techniques were used, including aquatint, mezzotint, stipple, and line engraving. Most plates were altered at various points, resulting in as many as four distinct states for some images.

Dr. Robert Thornton (c. 1768—1837) intended to issue 70 plates dramatically and poetically illustrating Linnaeus’ discoveries about the sexual system of plants. In actuality, only 33 plates were completed before the well-stationed physician faced financial ruin. The project fell victim to Dr. Robert Thornton’s fanatical attention to detail and changing tastes of a social elite, who had become somewhat jaded by the preponderance of great flower books created during this period. When Thornton died in 1837 his family was nearly destitute. Despite his setbacks, Dr. Robert Thornton’s epic depictions of flowers are celebrated as one of the most significant artistic contributions to botanical art of that period.

Click here for more Thornton prints from The Temple of Flora, The Oppenheimer Kew Gardens Edition