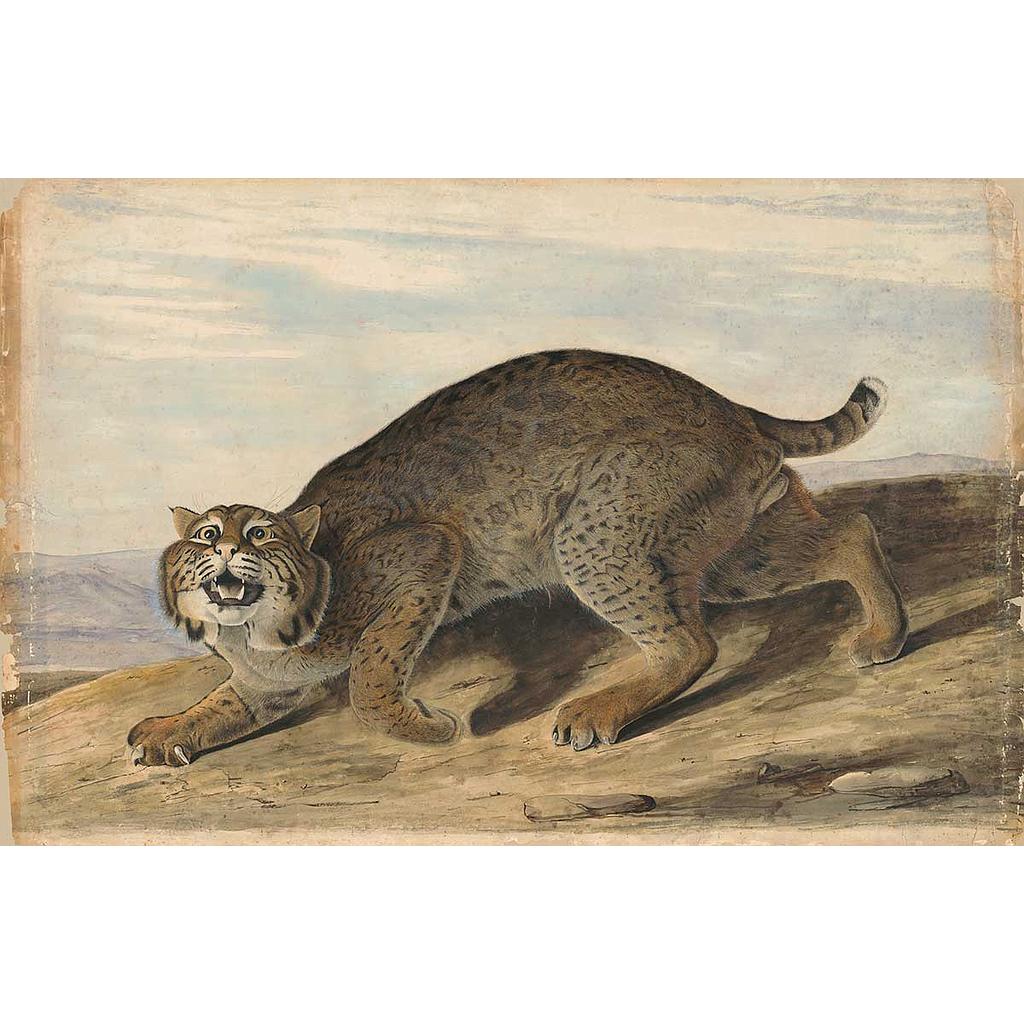 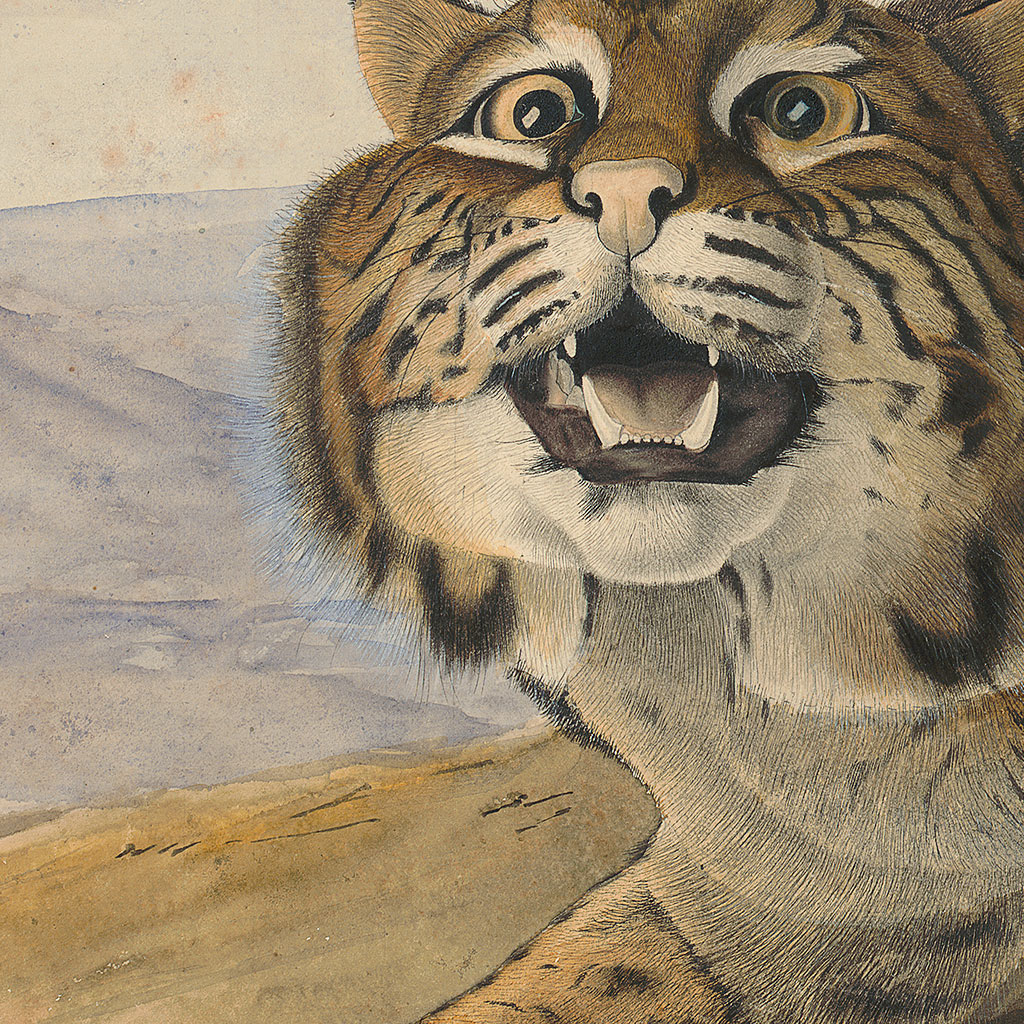 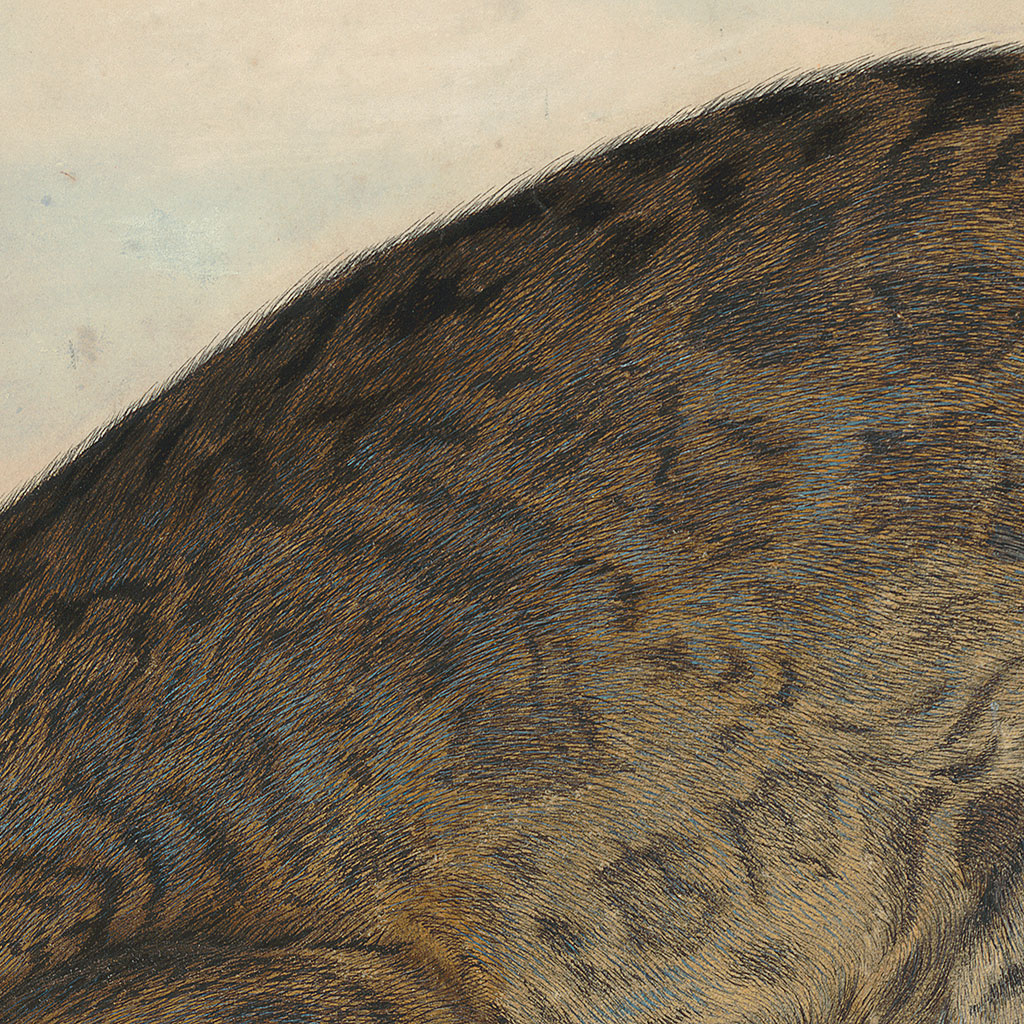 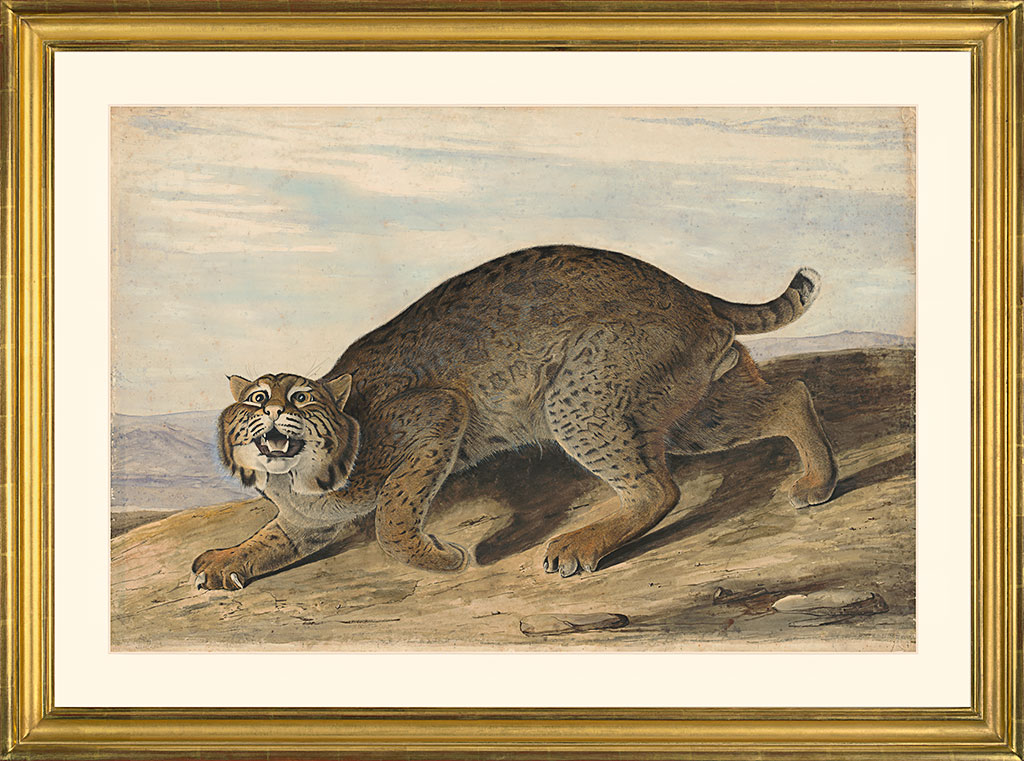 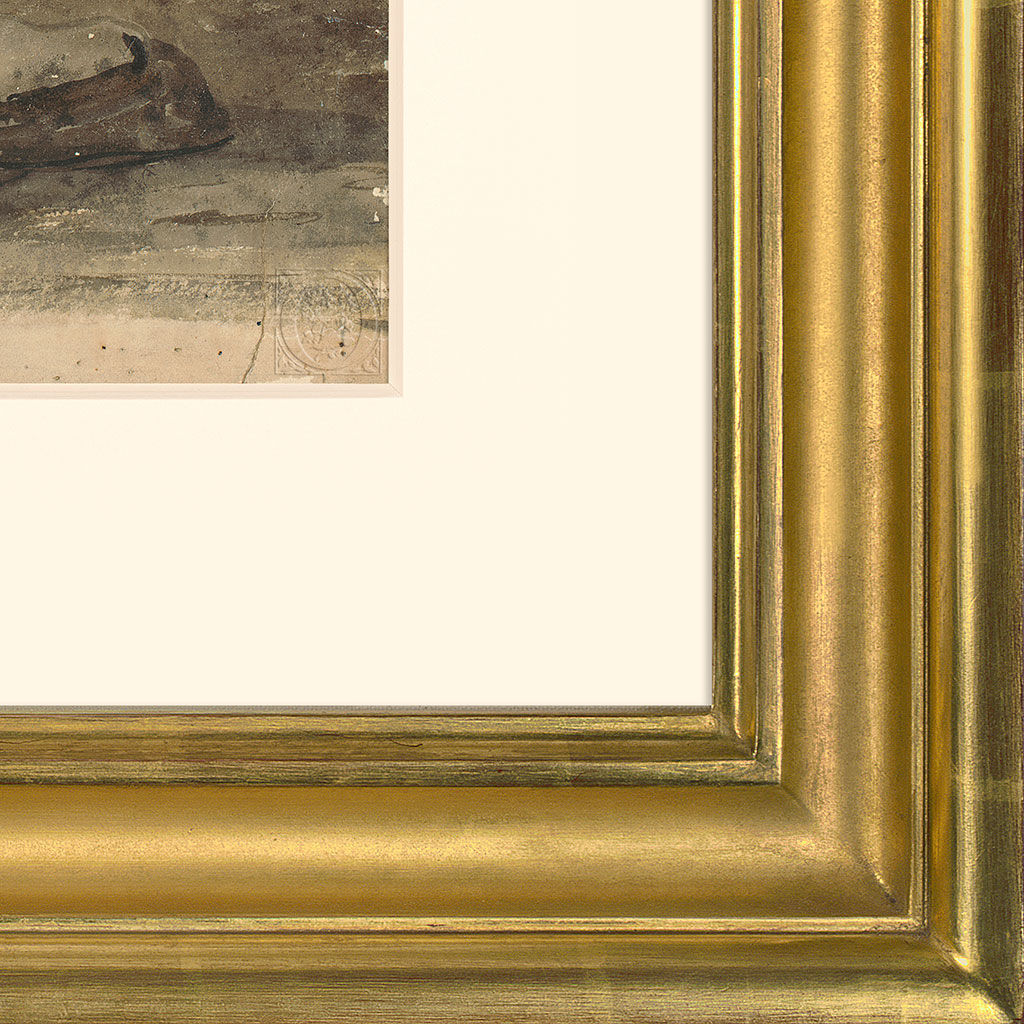 After the publication of his celebrated master work, The Birds of America, 1827—1838, John James Audubon began his celebrated work on mammals, The Viviparous Quadrupeds of North America. Published between 1845 to 1848 by the distinguished Philadelphia print maker, John T. Bowen, the set of 150 black-and-white lithographs was completely hand-colored. Lithography proved an excellent medium for depicting the tactile realism of the mammals’ fur. These prints were published in imperial folio size, measuring 22 by 28 inches. Acclaimed as the definitive 19th-century work in the field of American mammalogy, many of the mammals were drawn by John Woodhouse Audubon with backgrounds contributed by Victor Gifford Audubon.

John James Audubon began his first watercolors for the The Viviparous Quadrupeds of North America in 1838, and by 1840 was daily collecting animal specimens and painting them. In 1843, he embarked upon his final expedition up the Missouri River to witness and paint from life the four-legged mammals that could only be found further west on the American frontier. The project was highly collaborative, involving the work of both of his artist sons, as well as his coauthor and friend, the naturalist John Bachman. Maria Martin, a gifted amateur watercolorist and John Bachman’s second wife, also assisted primarily with botanical subjects. John James Audubon’s son, John Woodhouse Audubon, painted many of the animals, and Victor Gifford helped his father with painting backgrounds and managing the business aspects of the project.

John James Audubon authored only about half the original watercolors for the The Viviparous Quadrupeds of North America. By 1847, he was incapacitated with a form of senile dementia and unable to complete the project on his own. The project was brought to completion with the able assistance of his son John Woodhouse Audubon, whose paintings were executed in oils rather than watercolors. His work was not of the caliber of his father’s, but because the images in the Bowen lithographs are all of a similar quality and scale it is difficult to discern just how their work differs. However, when one compares their original paintings, the difference in quality is clear. While John Woodhouse’s paintings are very competent, those by John James exhibit the same virtuosity as those he executed for The Birds of America and are every bit the equivalent of his best paintings of ornithological subjects.

Fifteen paintings from the collection at American Museum of Natural History are in this printing, including the portrait of John James Audubon painted by John Woodhouse Audubon. This unique edition offers, for the first time, actual-size limited edition fine art prints of a selection of John James Audubon’s original watercolors for the The Viviparous Quadrupeds of North America. Printed with pigments on acid-free, 100% cotton rag watercolor paper, the edition is strictly limited to 200 sets.