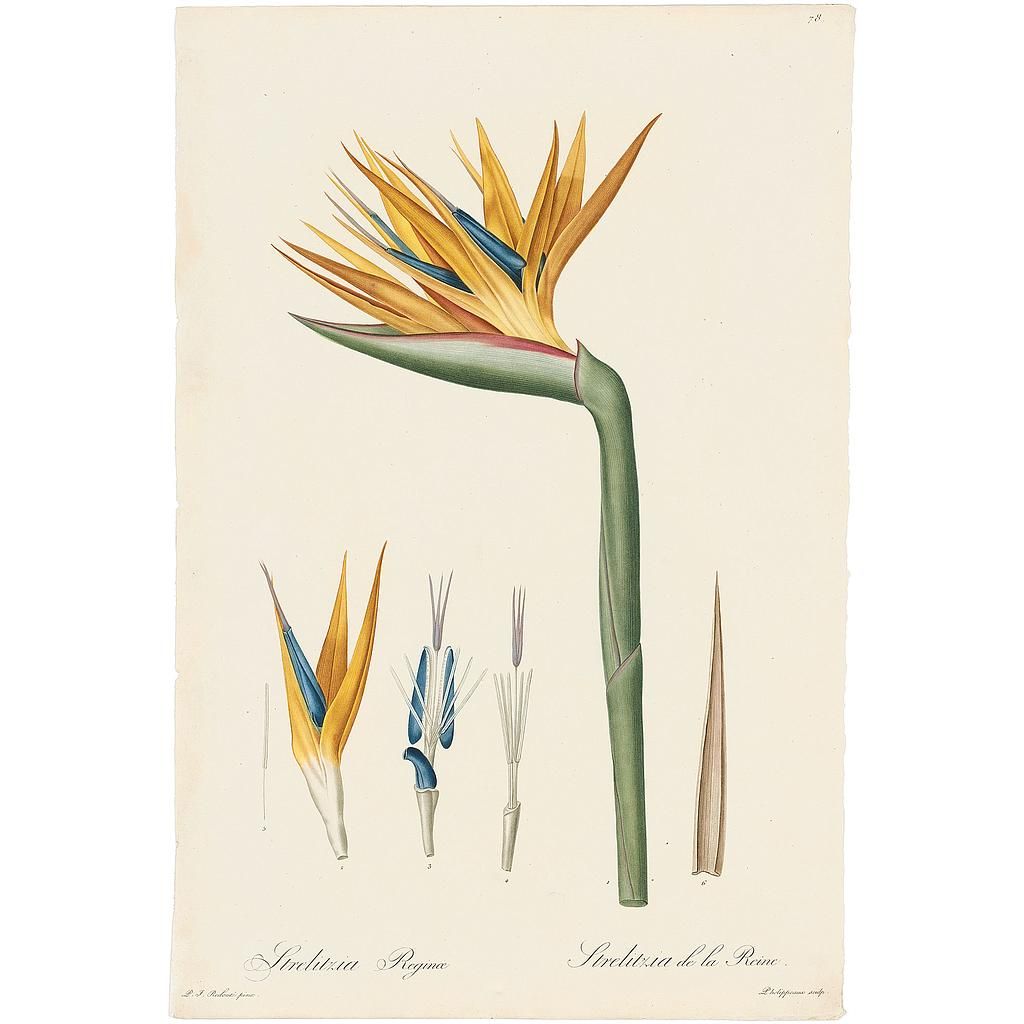 Acquire, Plate 78 Bird of Paradise (detail), Strelitzia reginae, strelizia de la reine (title on plate), one of the most sought after plates the renowned monograph, Les Liliacées (1802–16) by Pierre-Joseph Redouté’s. This superb hand-colored stipple engraving is available this week only at a significant saving.

The Bird of Paradise was first introduced in England in 1773 by the British naturalist and botanist, Sir Joseph Banks (1740–1820). Due to its regal beauty, it was named in honor of Queen Charlotte Duchess of Meklenburg-Strelitz, and wife of King George III.

The following history in the text description accompanies this plate.

Strelitzia is native to parts of Africa not far from Cap-de-Bonne-Esperance; it was brought to England, and flourished for the first time in the greenhouses of the garden of Kew. Messrs. Bancks and Aiton have dedicated this plant to the Queen of England, which is the house of Meklenburg-Strelitz; it blooms during the summer; The flowering lasts a long time, on account of the successive blossoming of the flowers; there is little happening without it being seen blooming in the Garden of the Museum of Natural History.