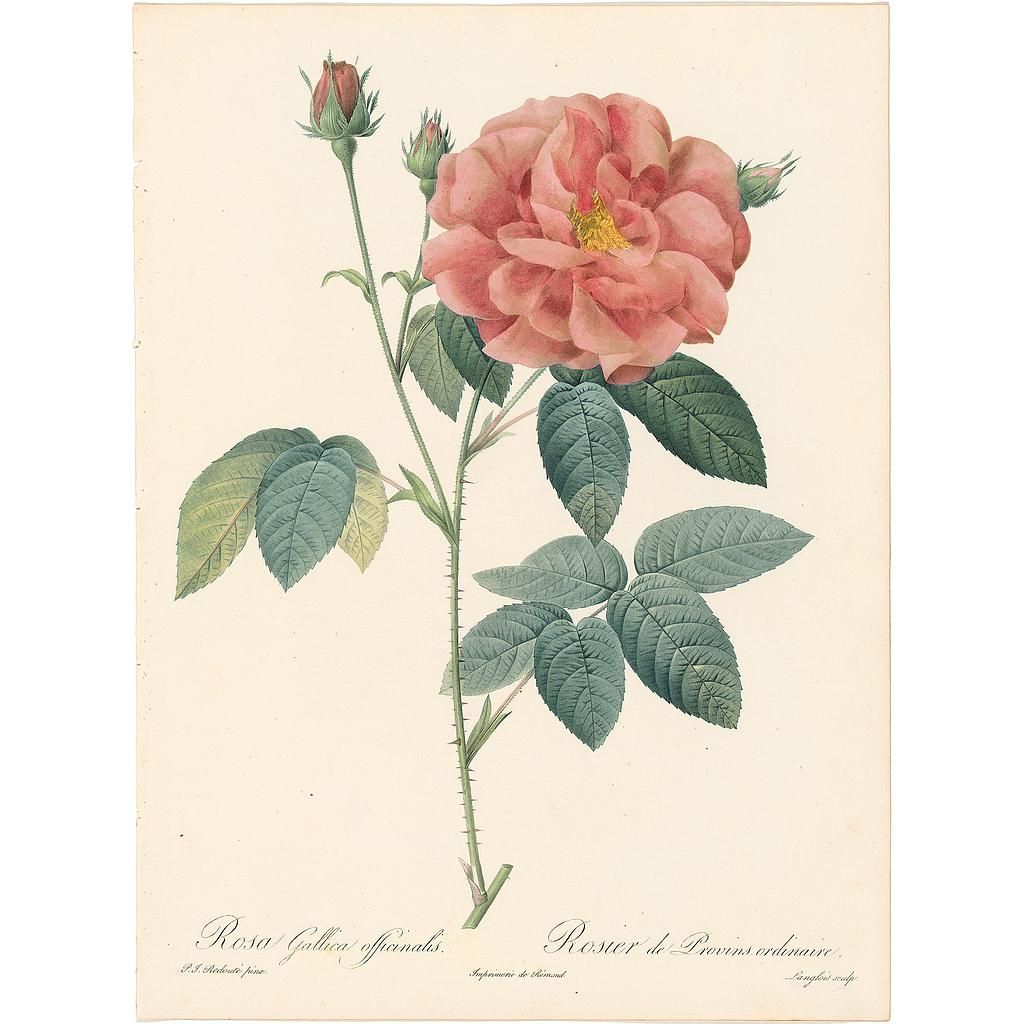 The Latin term officinalis indicates that it was used by pharmacists for medical purposes, which explains the common name "apothecary rose." One of the earliest known roses, the Apothecary Rose is an "old rose" with a history that can be traced to the 7th century. In England during the 15th century, the Apothecary Rose was chosen as the heraldic badge of the House of Lancaster in the Wars of the Roses. In France during the early 19th century, nurserymen introduced a variety of hybrids from Rosa gallica.