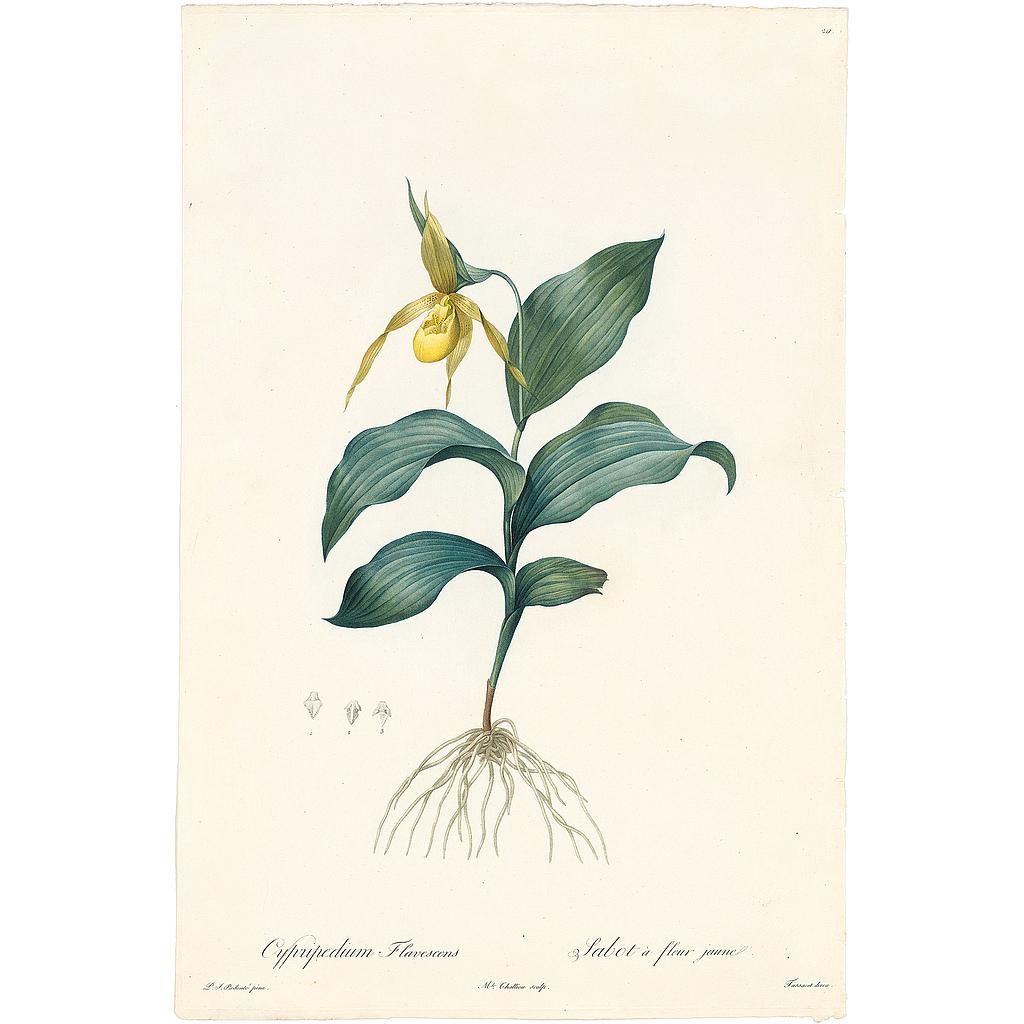 An excerpt from Redouté's text description for this plate, paraphrased from the French here, states,

The Yellow Lady Slipper is native to North America; It was brought to the garden of Cels [Jacques Philippe Martin Cels, French horticulturalist and nurseryman, 1740–1806] by the intrepid traveler Andre Michaux [French botanist, 1746–1802].

It blooms in spring.