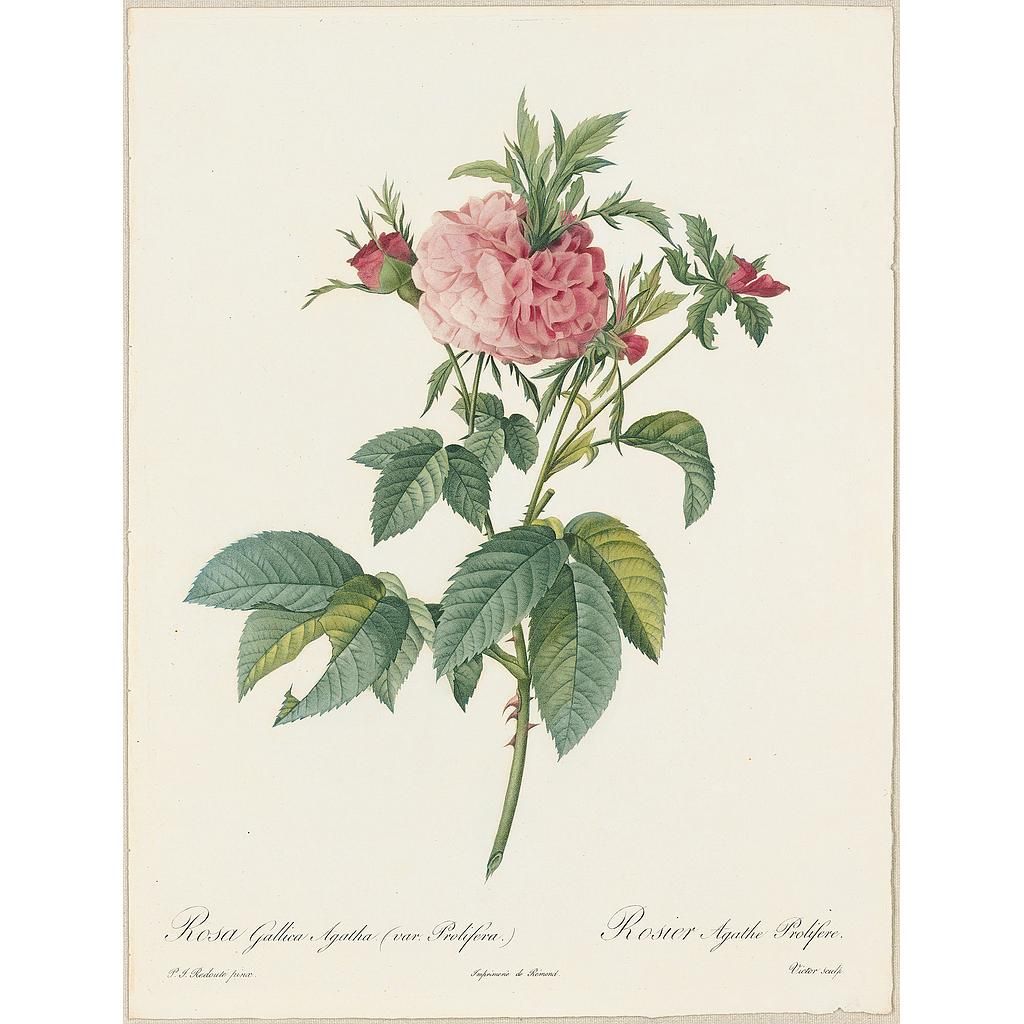 Considered to be a French artist, Pierre-Joseph Redouté (1759–1840) was born in the village of Saint-Hubert, now a part of Belgium. The descendant of a long line of painters, he was first trained by his artist father, Charles Joseph Redouté (1715–76). At the age of 15 he left to make a living as an itinerant painter and decorator. In 1782, his elder brother, Antoine Ferdinand Redouté (1756–1809), a highly regarded decorative artist, invited him to join him in Paris. There he began sketching rare plants at the Jardin du Roi. At the Jardin du Roi (now the Muséum national d’Histoire naturelle), his art work was noticed by the Linnaean botanist Charles Louis L’Héritier and Gerard van Spaëndonck, Royal Professor of Painting. Redouté became L’Héritier and van Spaëndonck’s most gifted pupil. Gerard van Spaëndonck is recognized for developing the watercolor technique that Redouté later popularized.

In 1786, Redouté spent a brief period in England where he was introduced to the stipple-engraving technique. Employed at that time primarily for portraiture, it is a process of incising minute depressions in a copper plate forming a field of dots rather than lines. Stipple engraving is sublimely suited to conveying the subtle tonal gradations of watercolors. Redouté, who is credited with perfecting the à la poupée coloring technique said, “The process which we invented in 1796 for color printing consists in the employment of these colors on a single plate…. We have thereby softness and brilliance of a watercolor.” The dynamic realism he achieved surpassed all previous attempts at color botanical printmaking. In recognition of this valuable contribution, Redouté was awarded a medal by Louis XVIII.