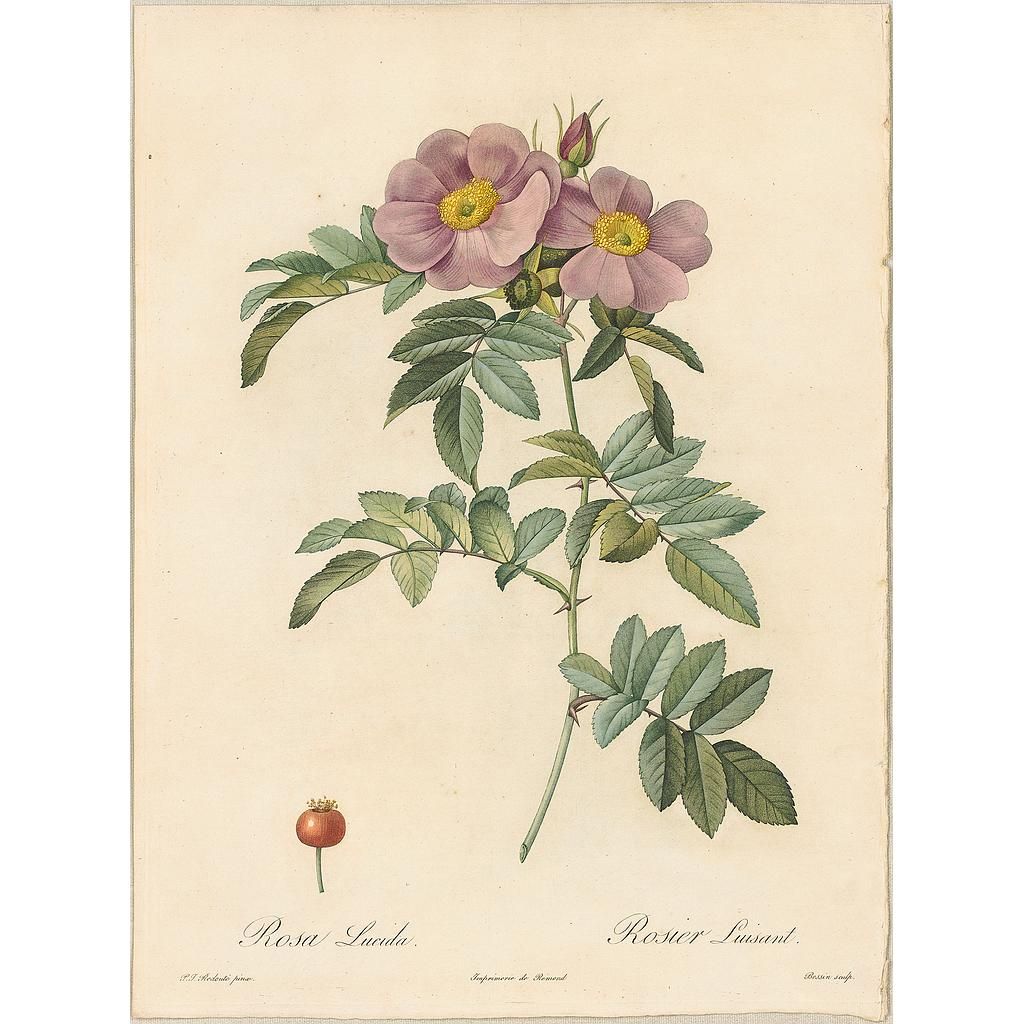 The following excerpt, written by the French botanist Claude Antoine Thory (1759–1827), and translated from the original French text, accompanies the plate in the folio to provide details of the Virginia Rose's attributes, distribution, and care.

“This rosebush...is five or six feet in height; its branches are glabrous with a few straight, geminous [twin], stipular thorns. The leaves consist of seven or nine oval leaflets, that are shining and glabrous [without hairs] above, and more pale underneath, uneven dental, carried by a petiole lined with a few fine thorns. The flowers are of a light pink, slightly odorous, of medium size, and are arranged in terminal corymbs, three to four together. The ovaries and peduncles are provided with some glandular and reddish hairs. Lobes of the calyx whole, a little spatulas at the top, about the length of the petals. The fruits are globose in form and red.

The shining Rosier naturally grows in North America; it is now very widespread in gardens, where a variety of semi-double flowers are still cultivated. When set in the noon light, it blooms in June; in the shade, it blooms only in August and September. It does not require any cultivation, but it requires good land.”

Every exquisite nuance of the Virginia rose's ideal form, color, and texture is conveyed in this plate. Stipple engraving finished by hand with exceptional à la poupée color. In perfect condition, folio size.