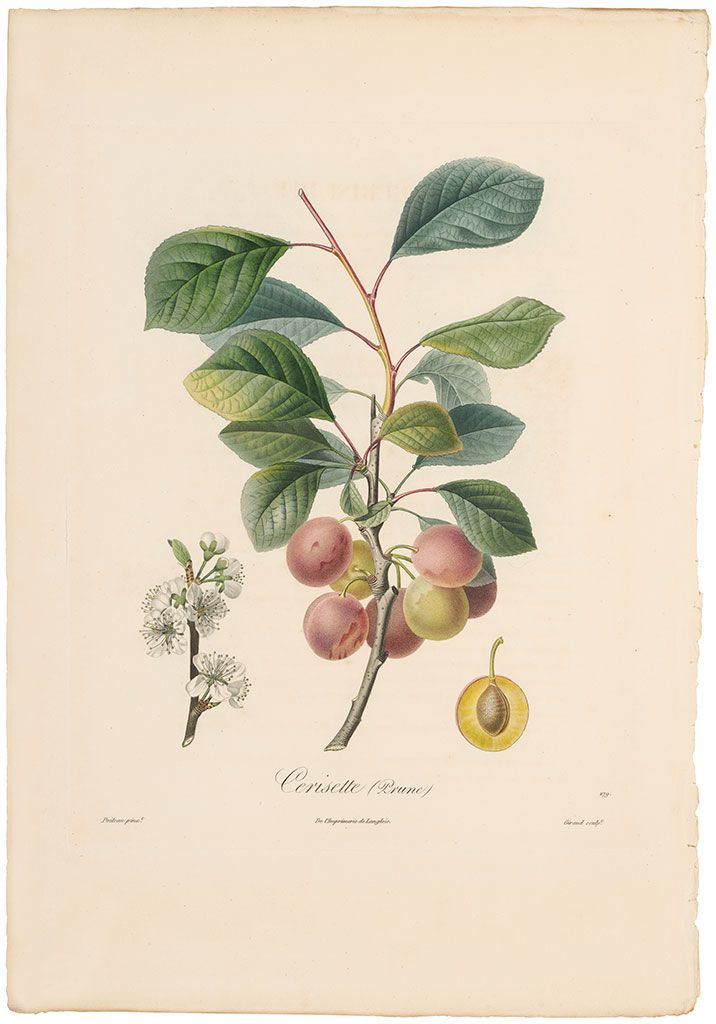 Prunier Cerisette, Prunus cerasifera (Ehrh.) is known by the common name Cherry Plum. Cultivars of this small fruit-bearing tree are most often used as a garden specimen.