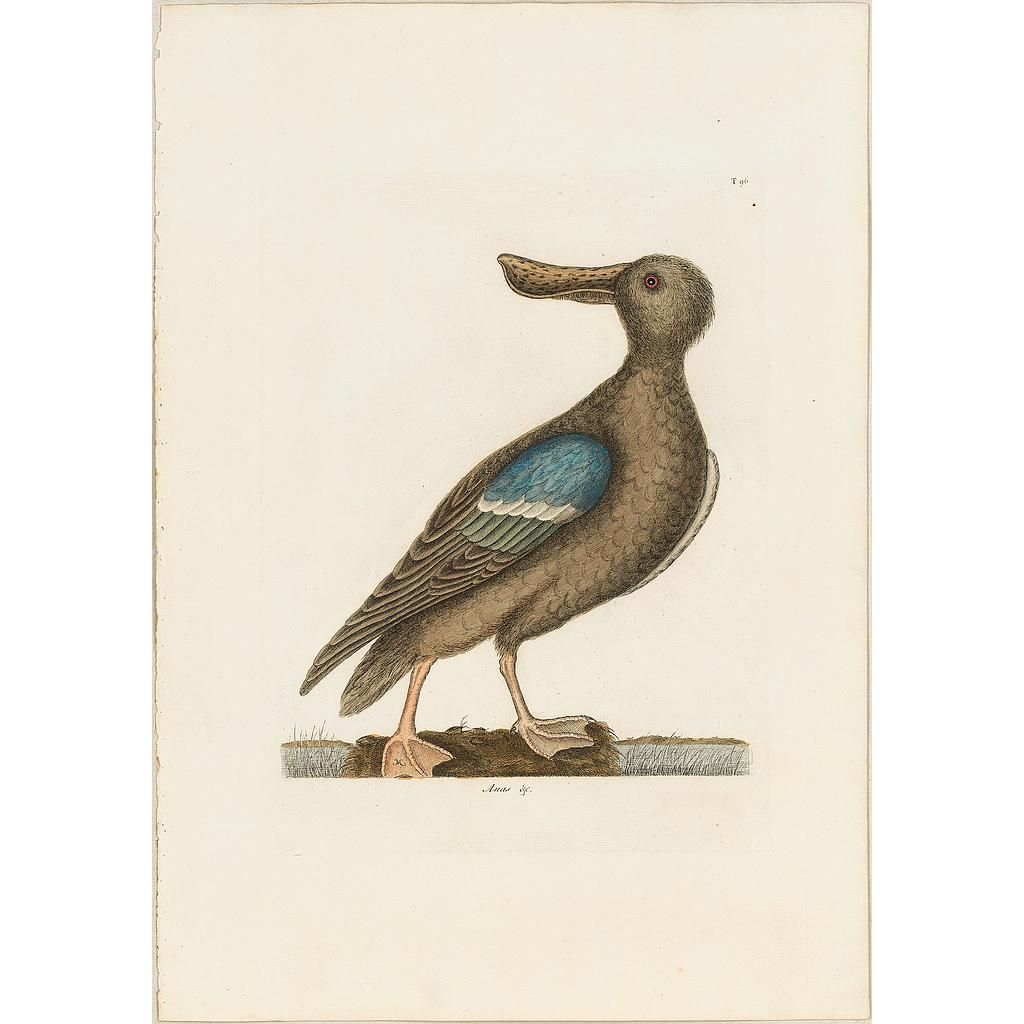 Acquire a superb original Catesby engraving at a special price, Pl. 96 The Blue-winged Shoveler, Anas americanus latro rostro from The Natural History of Carolina, Florida and The Bahama Islands, Volume I. The first illustrated work of American flora and fauna to depict the entire spectrum of life forms, Catesby’s Natural History stands today as a monument in American science and natural history art.

In Catesby’s accompanying text description for The Blue-winged Shoveler, he notes unique aspects of its anatomy and coloring.

“This is somewhat less than a common Duck. The Eyes are yellow; the upper part of the Wing is covered with pale blue Feathers, below which is a Row of white Feathers, and below them a Row of green; the rest of the lower part of the Wing is brown; all the other part of the Body is of a mixed brown, not unlike in colour to the common Wild Duck. This Bird does not altogether agree with that described by Mr. Willoughby, p. 370. But if, as he observes, they change their colours in Winter, it is possible this may be the Bird. However, as their Bills are of the same form, and by which they may be distinguish'd from all others of the Duck kind, I cannot describe it in better Words than the above excellent Author.

It's Bill is three inches long, coal black (tho' this is of a reddish brown, spotted with black) much broader toward the tip than at the base, excavated like a Buckler, of a round circumference. At the end it hath a small crooked Hook or Nail; each Mandible is pectinated or toothed like a Comb, With Rays or thin Plates inserted mutually one into another, when the Bill is shut. The Legs and Feet are red.

I am not certain whether this was a Male or Female."