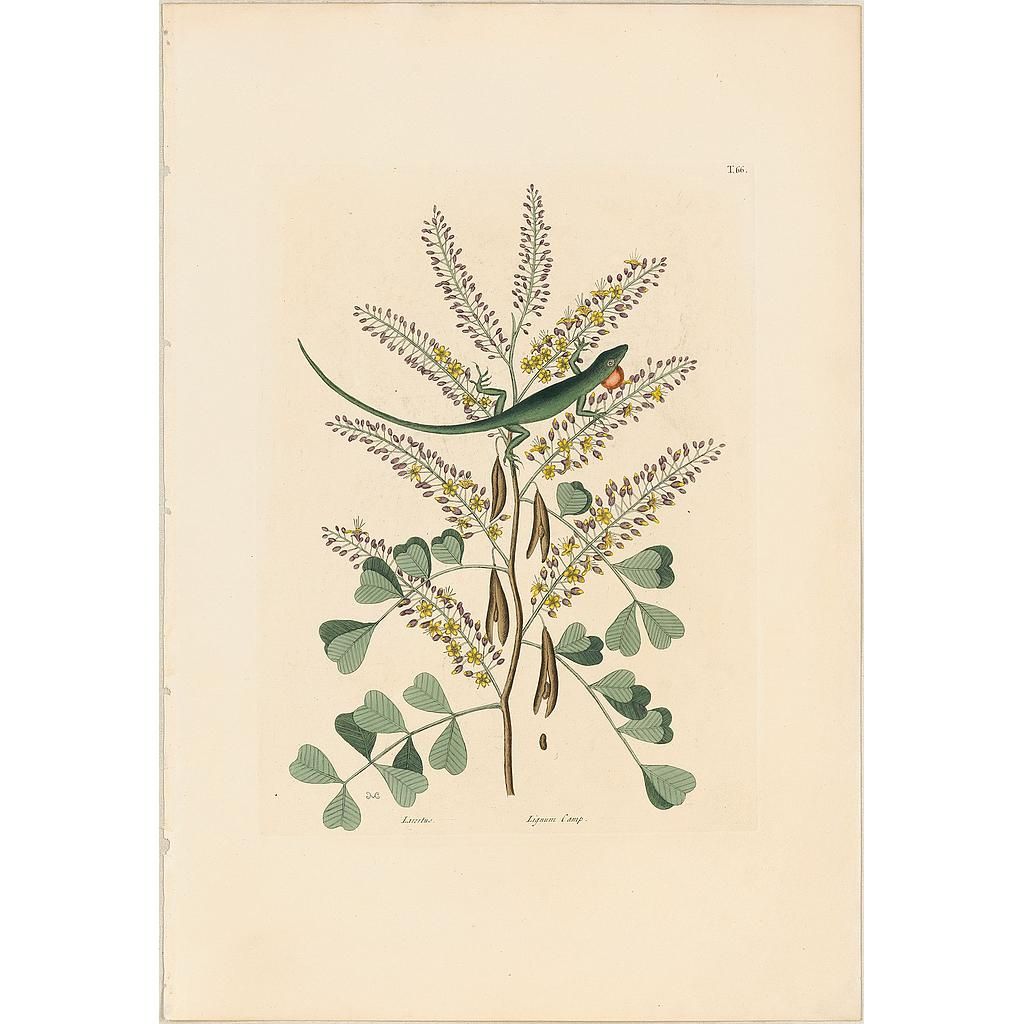 Catesby depicted a male "Green Lizard of Jamaica" on a branch of logwood, which was prized for a red dye produced from its heartwood. The species name, campechianum, refers to Campeche, a coastal city on the Yucatan Peninsula where the Spanish discovered logwood trees. During the seventeenth century, British privateers routinely pursued and attacked Spanish vessels for this valuable cargo. In the eighteenth century, logwood was introduced to the Caribbean Islands. Logwood was also found in Belize, where In the seventeenth and eighteenth centuries, the English established logging camps to procure this product.

This Lizard is usually six inches long, of a shining grass green Colour. It is common in Jamaica, frequenting Hedges and Trees, but not seen in Houses  that i observed. When they are approache'd to,  they by filling their Throat by Wind sell to a globular Form., and a scarlet Colour, which when contracted the red disappears, and returns to the Colour of the rest of the Body. The Swelling Action seems  to proceed from menacing, or deterring one from coming near him, though they are inoffensive.