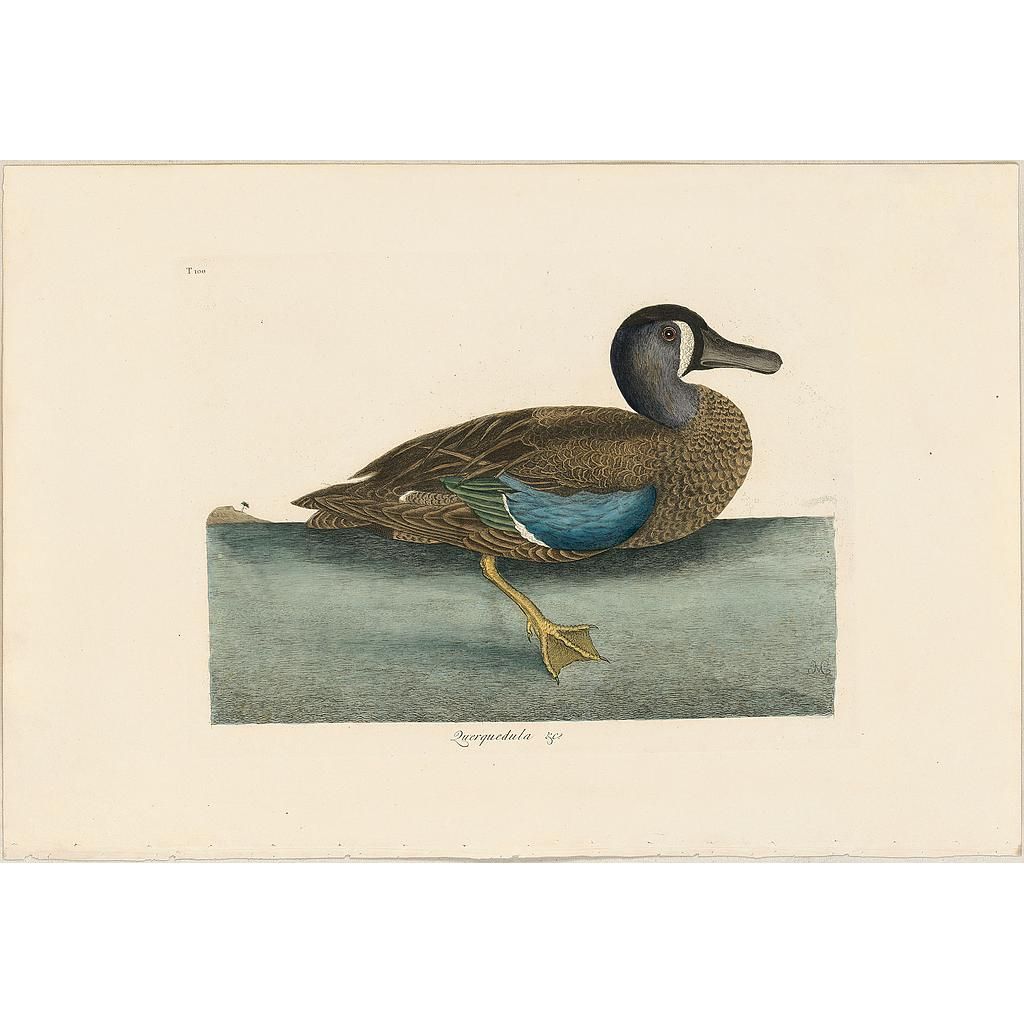 In bigness this exceeds a common Teal; the Bill black; the Crown of the Head is black, which extends along the Basis of the Bill to the Throat, between which and the Eyes it is white; all the Rest of the Head is purple mixt with green; the Breast and Belly, in Colour, like that of a common Teal; the upper Part of the Back, next the Head is brown, curiously waved like the curdling of Water; the lower part of the Back is covered with long sharp-pointed Feathers of a light brown Colour. The Wings are colour'd as those of the Blue-wing Teal. The Tail is brown, and somewhat longer than the Wings; the Vent Feathers under the Tail are black; the Legs and Feet yellow. The Female is all over brown. They frequent Ponds and Fresh-water Rivers in Carolina."

A  blue-winged teal (male) is depicted on the water, a small island and palm tree in the distance. This rare hand-colored engraving is in perfect condition with pristine original color; 13-1/2 x 20-1/2 inches.