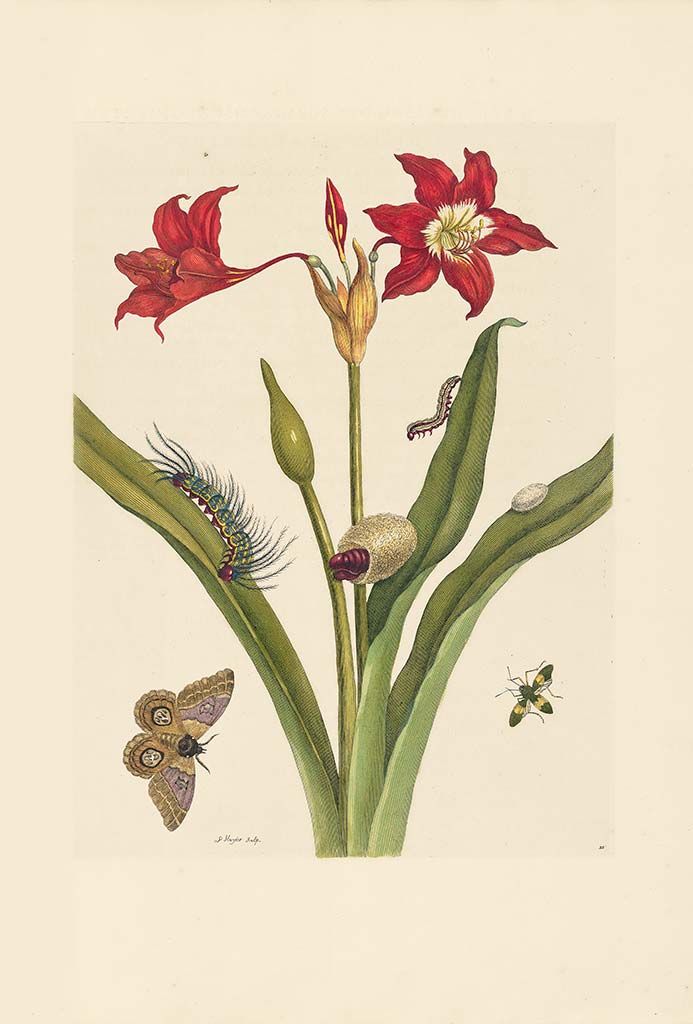 Plate 22 Red Amaryllis is a rare hand-colored engraving from the 1726 edition of Merian’s Metamorphosis Insectorum Surinamensium. The first to depict the metamorphosis of insects on their host plants, Merian’s studies showing animals in their habitat in the cycle of life influenced many artist-naturalists, including Mark Catesby.

Melding scientific observation and art, in her engraving, Merian paints an exquisite Red Amaryllis in flower, a host plant that she found growing in the wild while living in Surinam. The plate encompasses the entire cycle of life of the metamorphosis of a butterfly over time on the Red Amaryllis host plant, depicting the egg, caterpillar, pupa, and butterfly. Merian figures in rich detail a blue and yellow striped caterpillar with a red head and feet and delicate black hairs as it crawls along the leaf of the Red Amaryllis. She notes that on June fourth, an oval cocoon formed, from which a brown pupa emerged. By June 30, she observed a beautiful ocher yellow, orange and black butterfly, that she depicts in the composition flying near the host plant. Also figured is a “little red caterpillar with green and white stripes” that Merian found in the grass alongside the Red Amaryllis and a yellow and black fly.