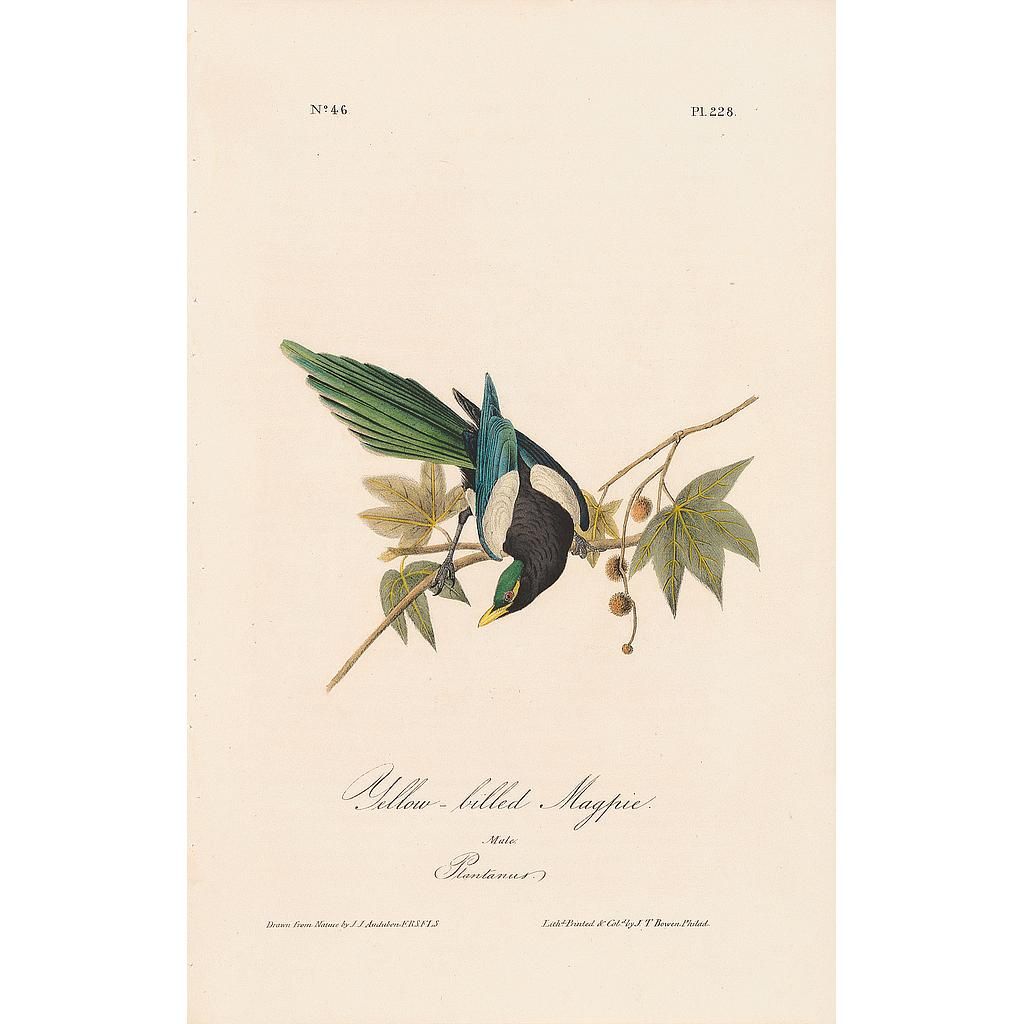 Acquire a superb first edition Audubon octavo print from the Birds of America, Plate 228, Yellow-billed Magpie, Corvus nuttalli, after John James Audubon, at a special discount from our already low prices. In this elegant composition, a male is depicted with a botanical called Platanus, most likely Platanus racemosa, a large tree native to California. Both the tree branch and Yellow-billed Magpie were depicted from specimens brought back from the far western United States by the naturalist Thomas Nuttall (1786–1859).

In the accompanying text in the Ornithological Biography, Audubon writes of the Yellow-billed Magpie, "I have conferred on this beautiful bird the name of a most zealous, learned, and enterprising naturalist, my friend Thomas Nuttall, Esq., to whom the scientific world is deeply indebted for many additions to our zoological and botanical knowledge, which have resulted from his labours. It is to him alone that we owe all that is known respecting the present species, which has not hitherto been portrayed. In a note inserted by him in my journal, he says:"

"As we proceed to the South in Upper California, around the village of Sta. Barbara, we find Common Magpie substituted by this remarkable species, which is much more shy and cautious, as well as more strictly insectivorous. It utters, however nearly if not not quite the same chatter. In the month of April they were everywhere,  mated, and had nearly completed their nests in the evergreen oaks of the vicinity (Querous agrifolia)."

References: John James Audubon, Ornithological Biography: Or An Account of the Habits of the Birds of the United States of America; Accompanied by Descriptions of the Objects Represented in the Work Entitled The Birds of America, and Interspersed with Delineations of American Scenery and Manners. Vol. IV, 1838, page 450.