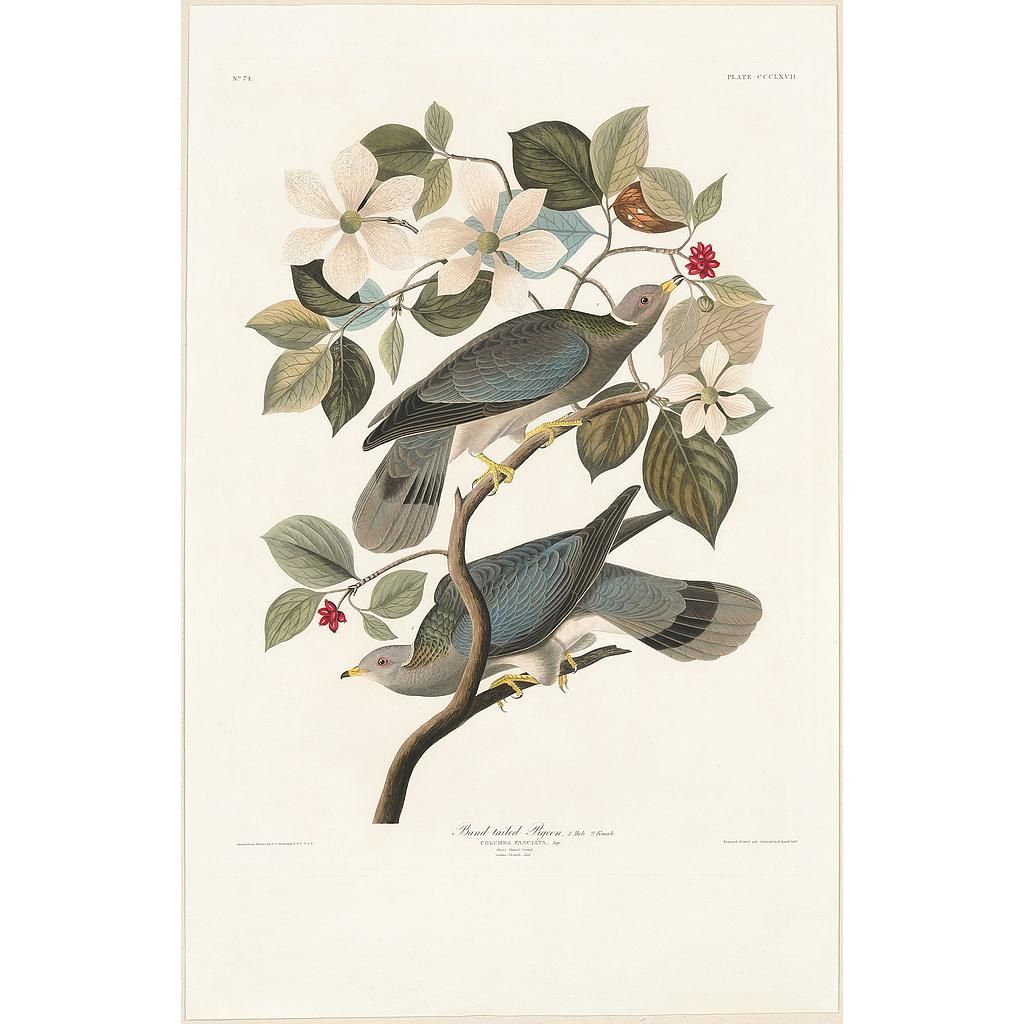 Acquire a superb Havell edition aquatint engraving by John J. Audubon, Plate 367, Band-tailed Pigeon, Columbia fasciata (Say.), available this week only at a substantial discount. Audubon depicted a female, above, and a male, below, on a flowering branch of mountain dogwood.