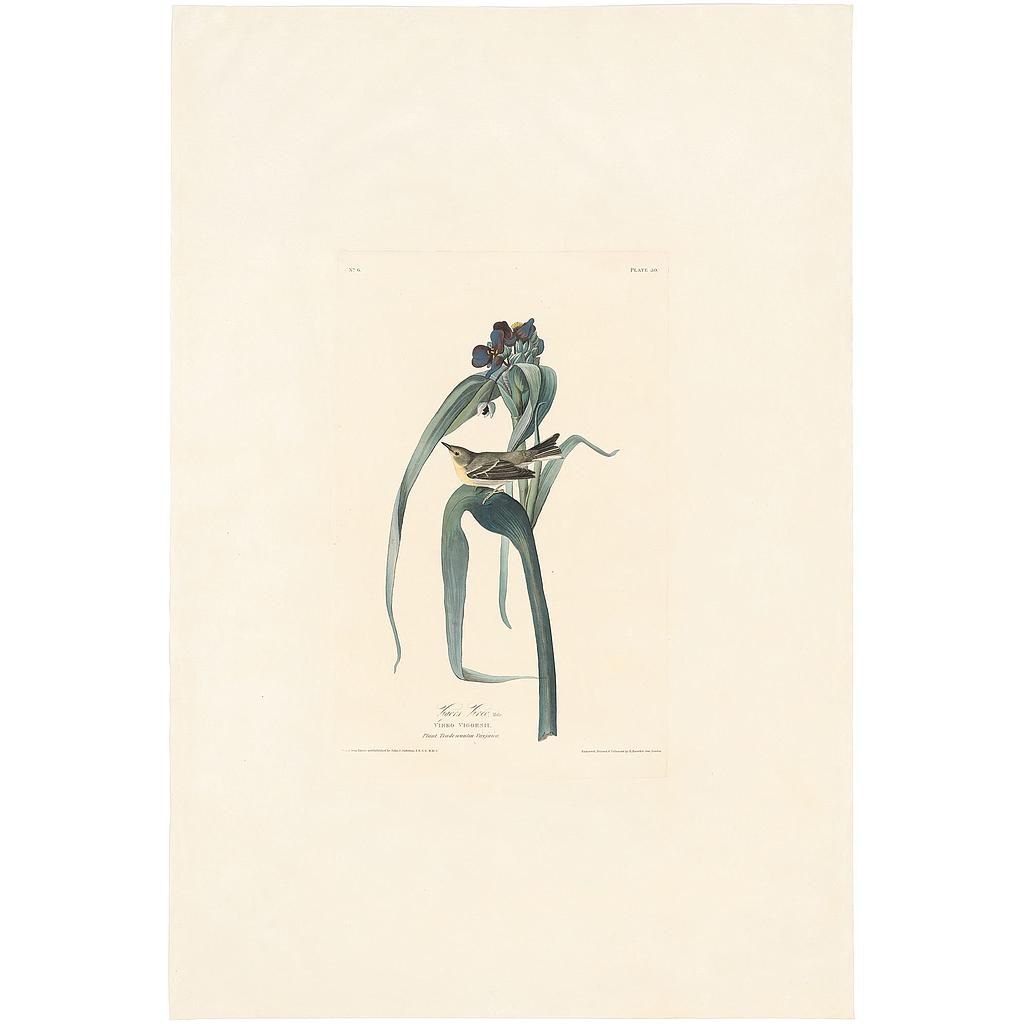 Acquire a superb Havell edition aquatint engraving by John J. Audubon, Plate 30, Vigors Vireo, Vireo Vigorsii, available this week only at a substantial discount. A male Vireo is depicted on Tradescantia virginica, a spiderwort plant. The current name for this species is Pine Warbler, Setophaga pinus.

In the Ornithological Biography, Audubon says, "I regret that I am unable to give any account of the habits of a species which I have honoured with the name of a naturalist whose merits are so well known to the learned world. The individual represented in the plate, I shot upwards of twenty years ago, and have never met with another of its kind. It was the month of May, on a small island of the Perkioming Creeek, forming part of my farm of Mill Grove, in the state of Pennsylvania. The bird was flittering amongst grasses, uttering an oft repeated cheep."

"The plant upon which it is represented is that on which it was perched when I shot it, and is usually called Spider-wort. I grows in damp and shady places, as well as sometimes in barren lands, near the banks of brooks."

References: An Index and Guide to Audubon's Birds of America, Susanne M. Low, 1988, page 45; Ornithological Biography, or an account of the habits of the Birds of the United States of North America, John James Audubon, 1832, page 153