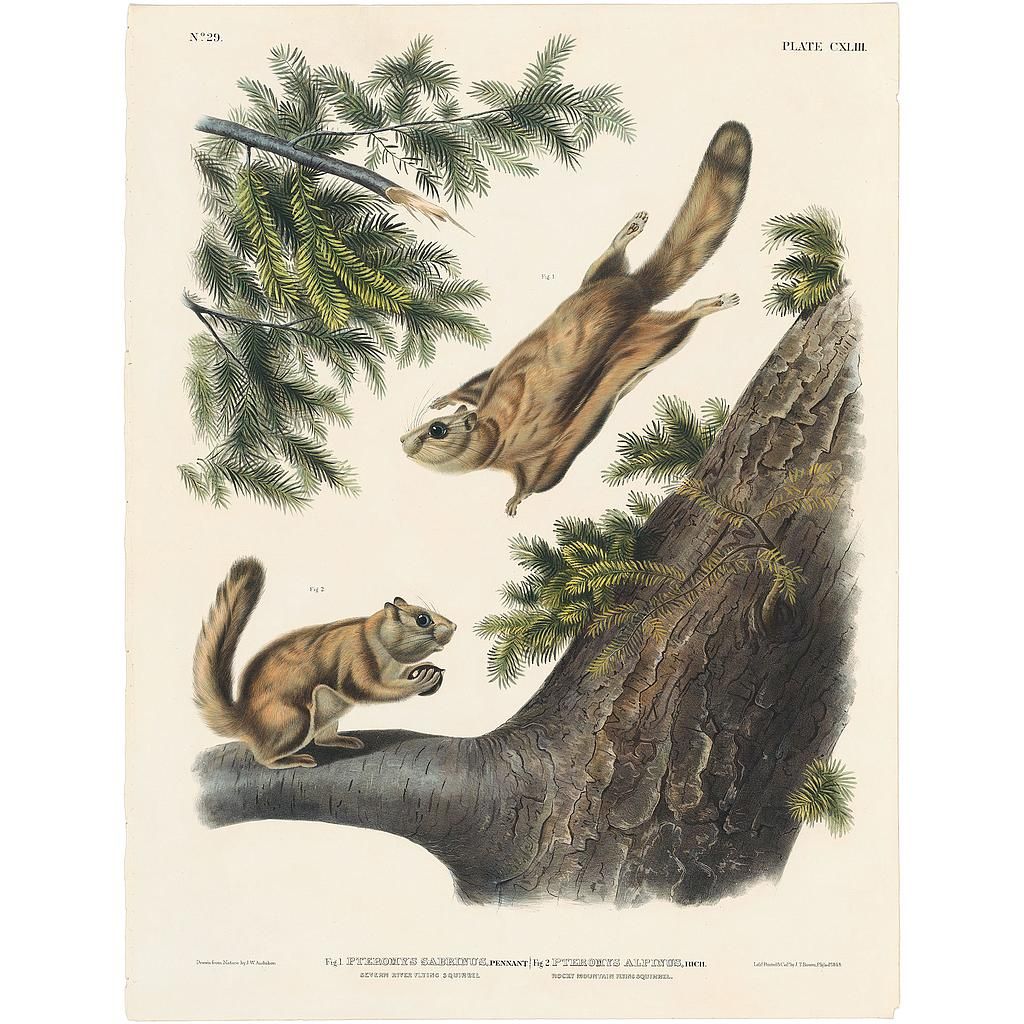 Produced from 1845 to 1848 by the distinguished Philadelphia print maker, John T. Bowen, the set of 150 black-and-white lithographs was completely hand colored. Lithography proved an excellent medium for depicting the tactile realism of the mammals’ fur. These prints were published in imperial folio size, measuring 22 by 28 inches. Acclaimed as the definitive nineteenth-century work in the field of American mammalogy, many of the mammals were drawn by John Woodhouse Audubon (1812–1862) with backgrounds contributed by Victor Gifford Audubon (1809–1860).