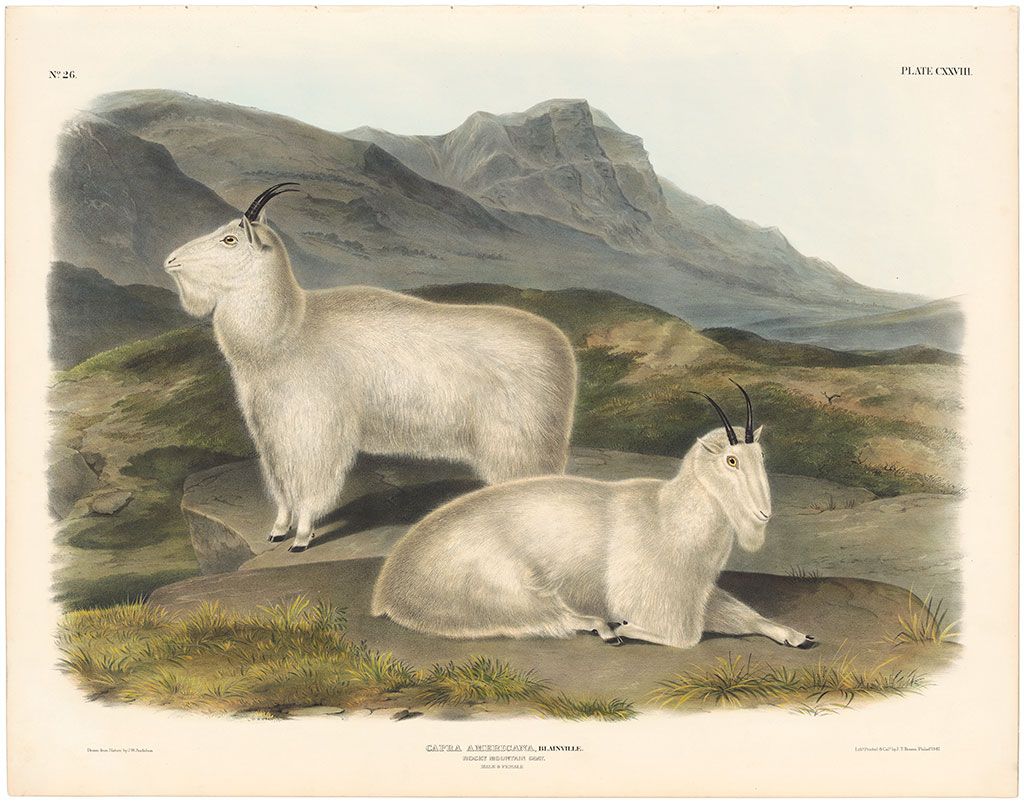 The accompanying text states that “[t]he Rocky Mountain Goat wanders over the most precipitous rocks, and springs with great activity from crag to crag, feeding on the plants, grasses, and mosses of the mountain sides, and seldom or never descends to the luxuriant valleys as the Big-Horn does.” A male and female are depicted “standing at gaze,” on a table-rock projecting high above the valley beyond, with a lofty ridge in the background.” In perfect condition with beautiful original color. Imperial folio size, 22 x 28 inches.

America’s most revered artist-naturalist, John James Audubon (1785–1851), is renowned for his extraordinary undertaking to record the birds of America. The images he created are icons of 19th-century art. Though fascinated by nature since childhood, studying and drawing from it, it was not until 1819, when Audubon  was 34, that he fully embraced the life of an artist-naturalist. Having found his calling, he set out on a mission to create the Birds of America, exploring the American backwoods and wilderness to discover, record, and illustrate its avian life. Unable to find an engraver in the United States who could produce his great work in the size of life, that issue was resolved when he reached the shores of Great Britain. Together with London engraver, Robert Havell, J. J. Audubon and his family created the lavish double-elephant-size folio of The Birds of America, published from 1827–38.