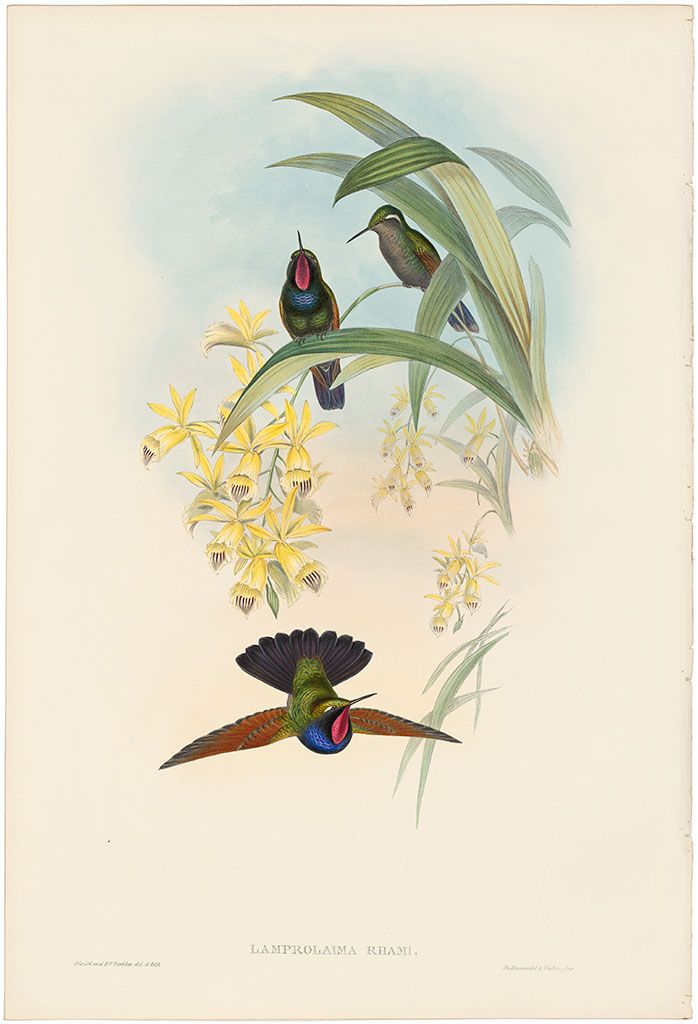 Enjoy special pricing on Pl. 61, De Rham's Garnet, Lamprolaima rhami, (Lesson), a superb hand-colored lithograph from John Gould’s Family of Hummingbirds. The genus name, Lamprolaima is derived from the Greek lampros, meaning shining or beautiful; the species name rhami honors the first Swiss Consul to the United States (1822), Henri Casimir de Rham (1785–1873), a naturalist and collector. The current name is Garnet-throated Hummingbird. The beautifully colored plumage with its striking garnet throat is particular to the male birds. Two males and a female are depicted in the size of life with a stunning orchid, Galeandri Baueri, (Lindley).