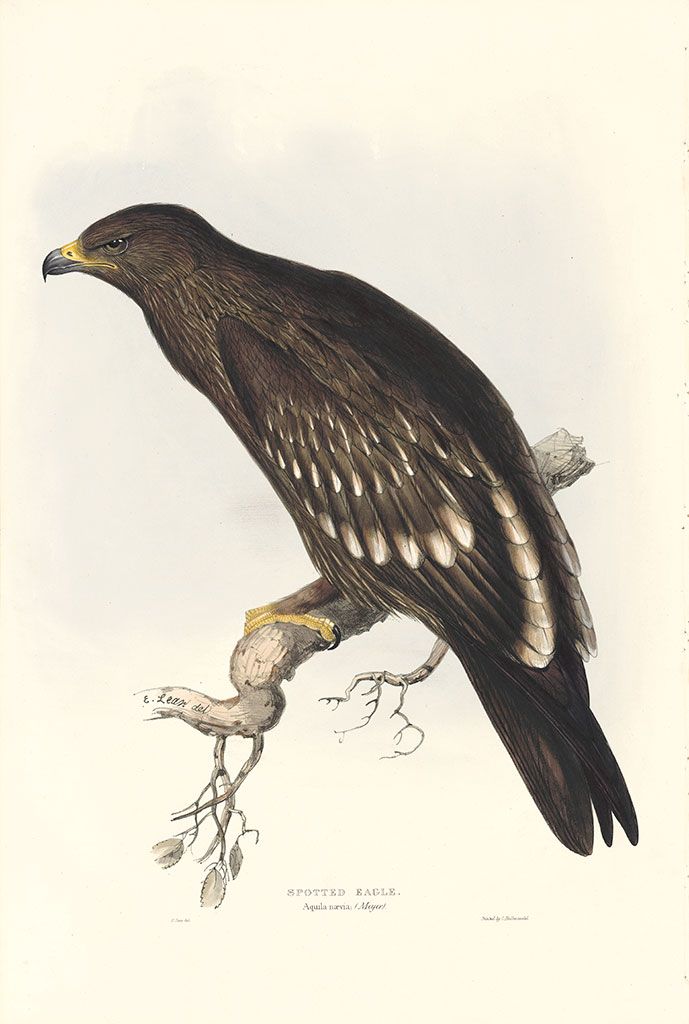 Enjoy significant savings on  Pl. 8, Lapwing, Aquila naevius (Meyer.), a superb hand-colored lithograph from John Gould’s Birds of Europe, Vol. I Raptores. Drawn from nature and signed in the stone by Edward Lear, a bird in the plumage of the second year is depicted in three-fourths of the natural size.

In the accompanying text description, Gould informs the reader that the spots characteristic of this small eagle are most prominent during the first year, and that the white spots in its plumage continue diminish until the fourth or fifth year when it attains its permanent plumage and “these markings become nearly effaced, the whole of the plumage being then of a uniform rich shining brown.”