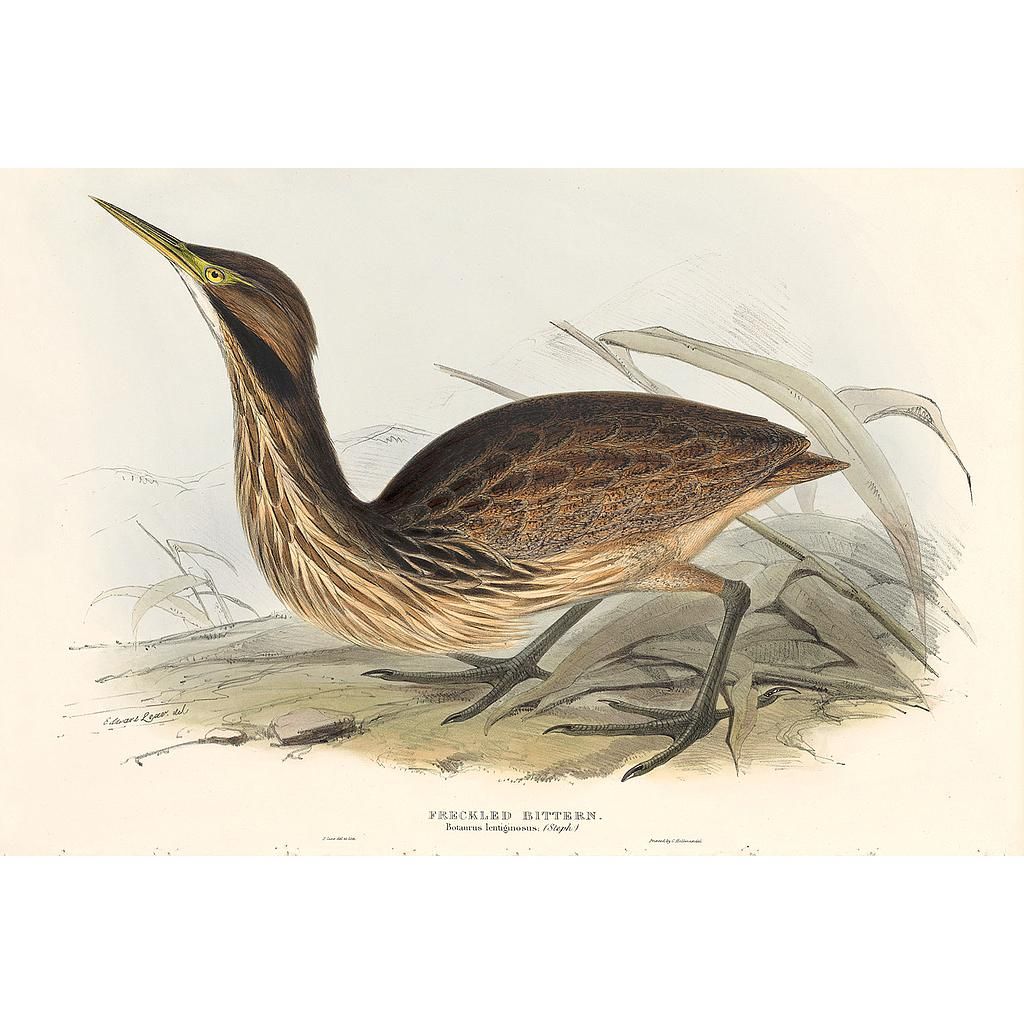 Acquire a highly coveted work by Edward Lear, Plate 281, Freckled Bittern, Botarus lentiginosus (Steph.), a superb hand-colored lithograph from John Gould’s Birds of Europe, available this week only at a special price. The current name for this species is American Bittern, Botarus lentiginosus (Rackett, 1813 ). Drawn from nature at two-thirds the natural size and signed in the stone, Edward Lear's characteristically graceful and exacting portrait is of an adult specimen.

Gould's text description reports that though this specimen was shot in England, it is not native to Europe.

A bird of this species was shot in Devonshire in the autumn of 1804; and after passing through the hands of two or three persons, who were not aware of the rarity or value of the specimen, it came into the possession of Colonel Montagu, by whom it was first described and figured in the supplement to his Ornithological Dictionary under the name Freckled Heron, Ardea lentiginosa, and after whose death it was transferred with his whole collection to the British Museum. It is now ascertained that the true habitat of this species is America, and that it is only an occasional visitant to this country.