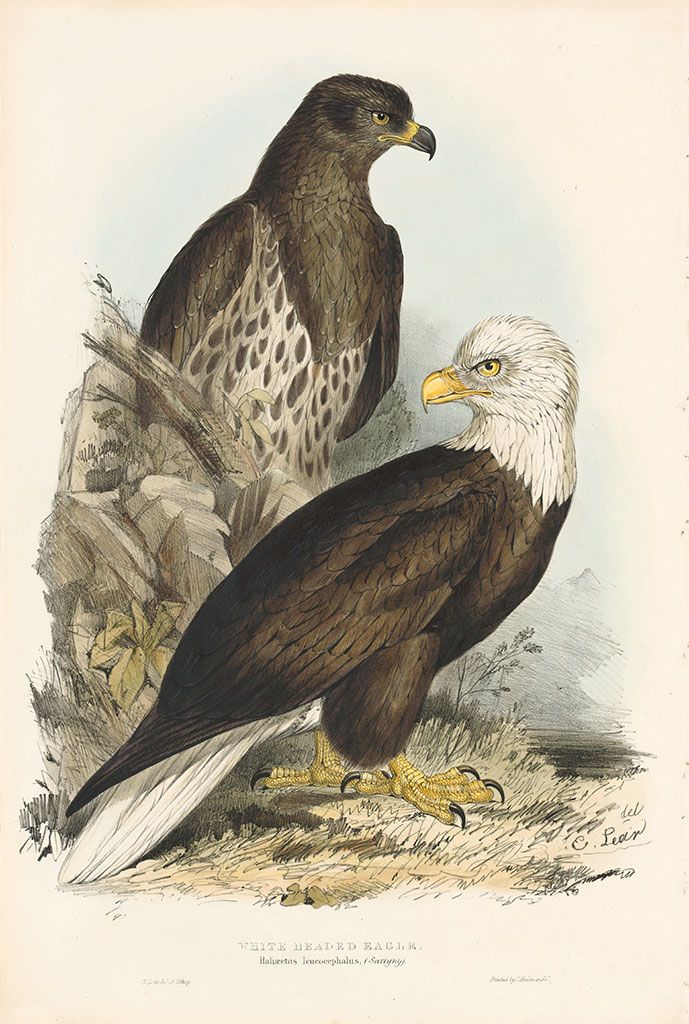 Acquire a masterful and highly coveted work by Edward Lear, Plate 11, White-headed Eagle, Haliaetus leucophalus (Savigny.), a hand-colored lithograph from John Gould’s Birds of Europe. Drawn from nature and signed in the stone by Edward Lear, an adult male and immature bird are depicted at one-third of the natural size.

In the accompanying text for this plate, Gould observes visual differences in the plumage as the birds mature.

"The adult of the present species cannot be mistaken, but the white of the head and tail are not acquired in its full purity till the third year. The first moult gives a mingling of ash colour, white, and obscure brown; the second increases the ratio of white; the third completes the transition from the dull grayish brown of the first year."

This explains why for accurate identification of this species it was necessary for Lear to depict both an adult and young White Headed Eagle.