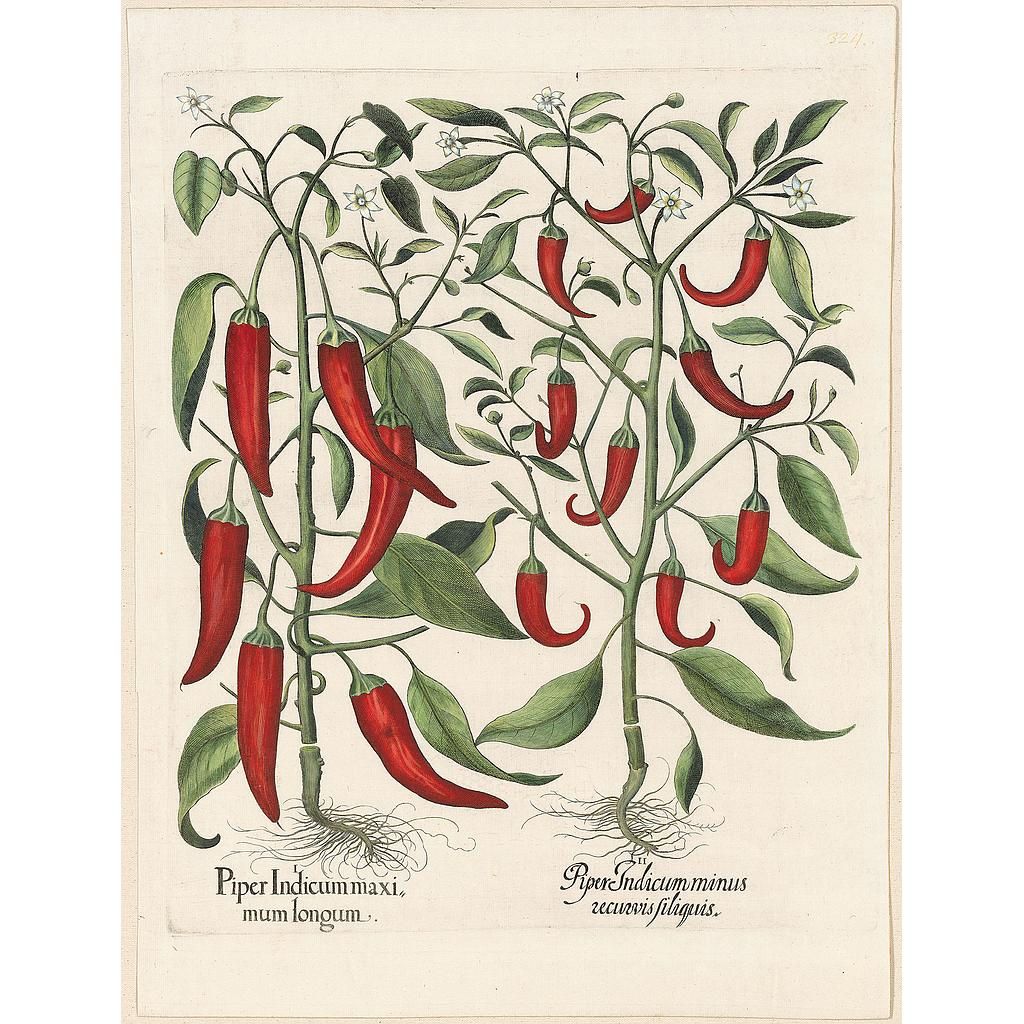 This week only, enjoy a substantial discount on Pl. 324, Red peppers with long, pendant fruit, a 400-year-old botanical engraving of autumn flowering plants from Basilius Besler’s Hortus Eystettensis. The botanical names engraved on the plate are: (1) Piper indicum maxi mum longum; and (2) Piper Indicum minus recuruis filiquis. Beautifully colored, the various parts of the two varieties of peppers—the leaves, stems, flowers, pendant fruit and delicate roots—fill the sheet in an engaging and lively composition that delights the eye.

Wilfred Blunt, noted author of The Art of Botanical Illustration an Illustrated History, writes of the Besler Florilegium, “The designs are really impressive, and the invention rarely flags ; the rhythmic pattern of the roots, the calligraphic possibilities of lettering, are fully explored and utilized; and the dramatic effect of the whole is enhanced by the noble proportions of the plates, which, when coloured make decorations that remained unrivaled until the publication nearly two centuries later of Thornton’s Temple of Flora."