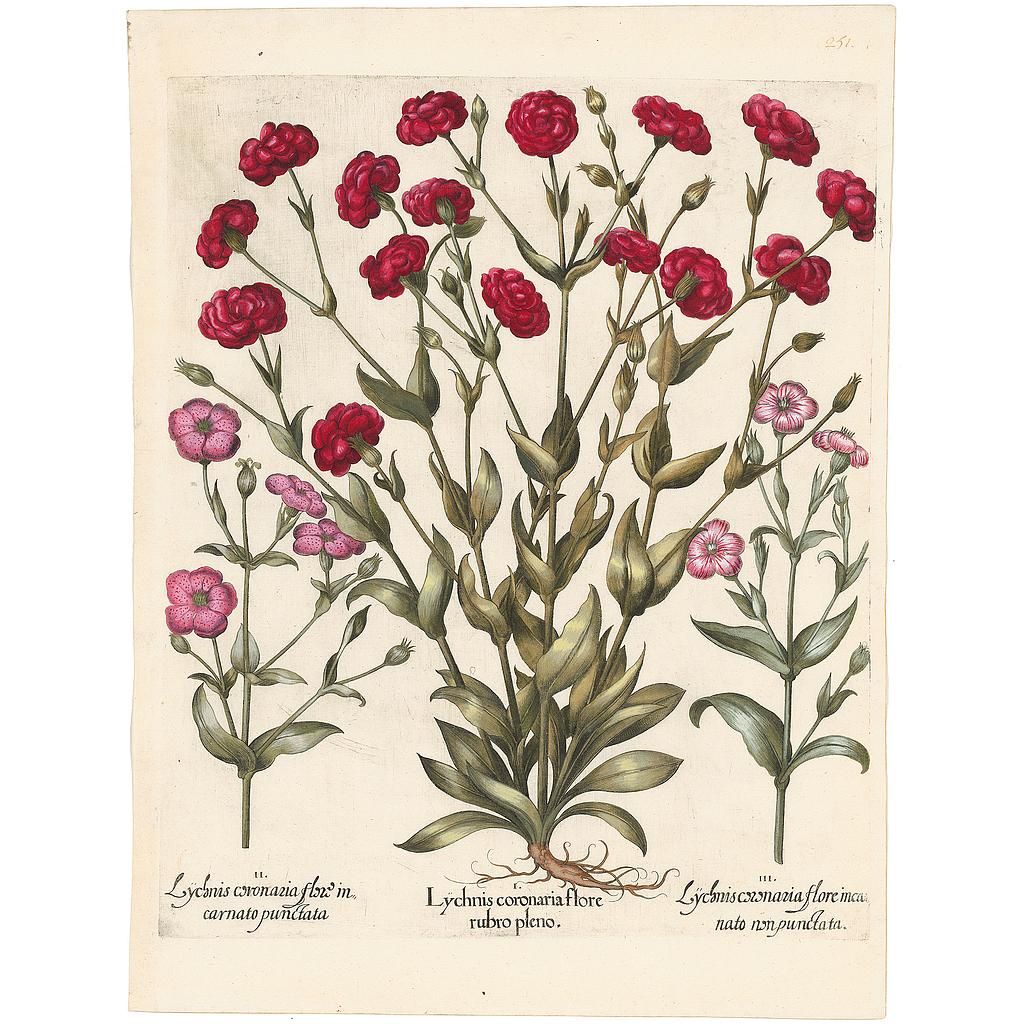 In perfect condition, this richly detailed hand-colored engraving is from the deluxe first edition, 1613, with the "grapes" watermark in the paper, 22 x 16-1/2 inches.