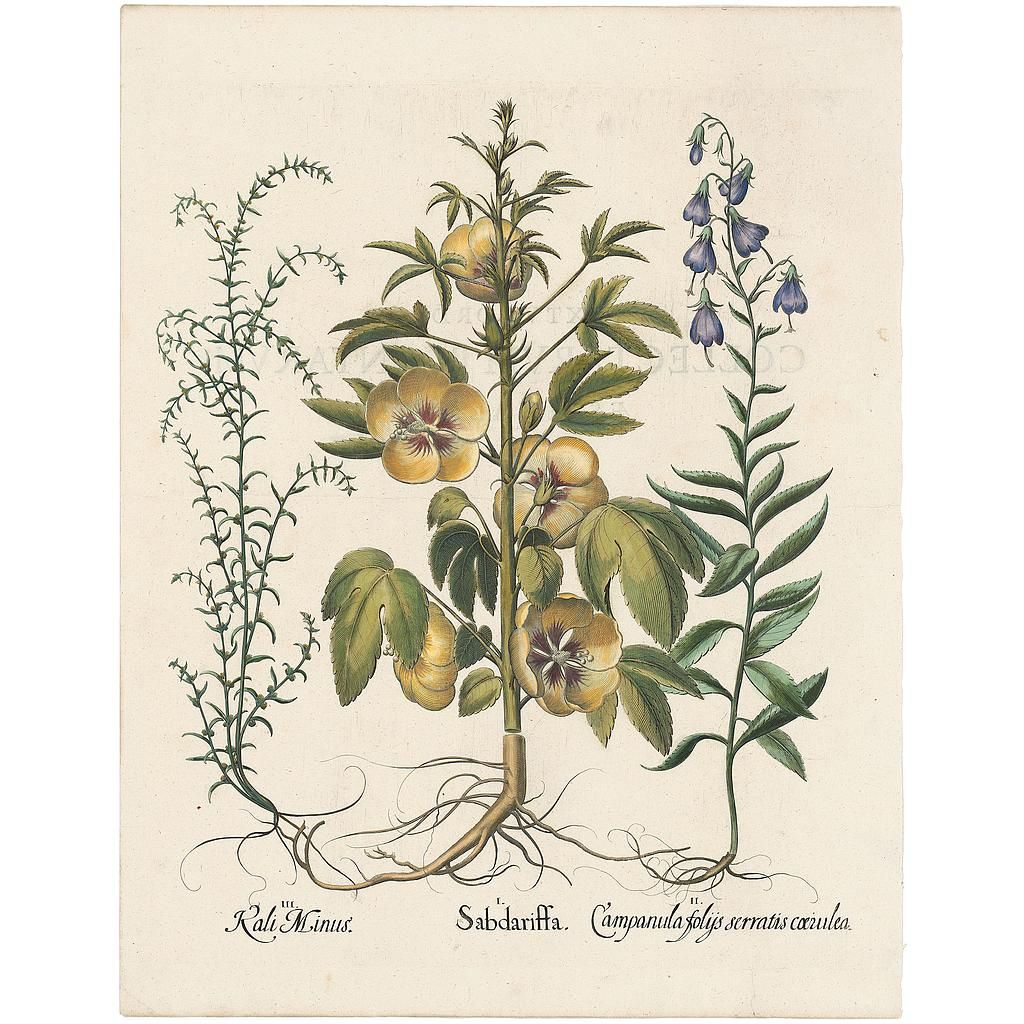 This week only, enjoy a substantial discount on Pl. 216, Roselle, Creeping Bellflower, Stalwort, an stunning 400-year-old botanical engraving of summer-flowering plants from Basilius Besler’s Hortus Eystettensis. The names of the plants listed on the plate are: (I.) Sabdariffa [Roselle], (II.) Campanula folys serratis coerulea [Creeping Bellflower], (III.) Kali minus [Stalwort].