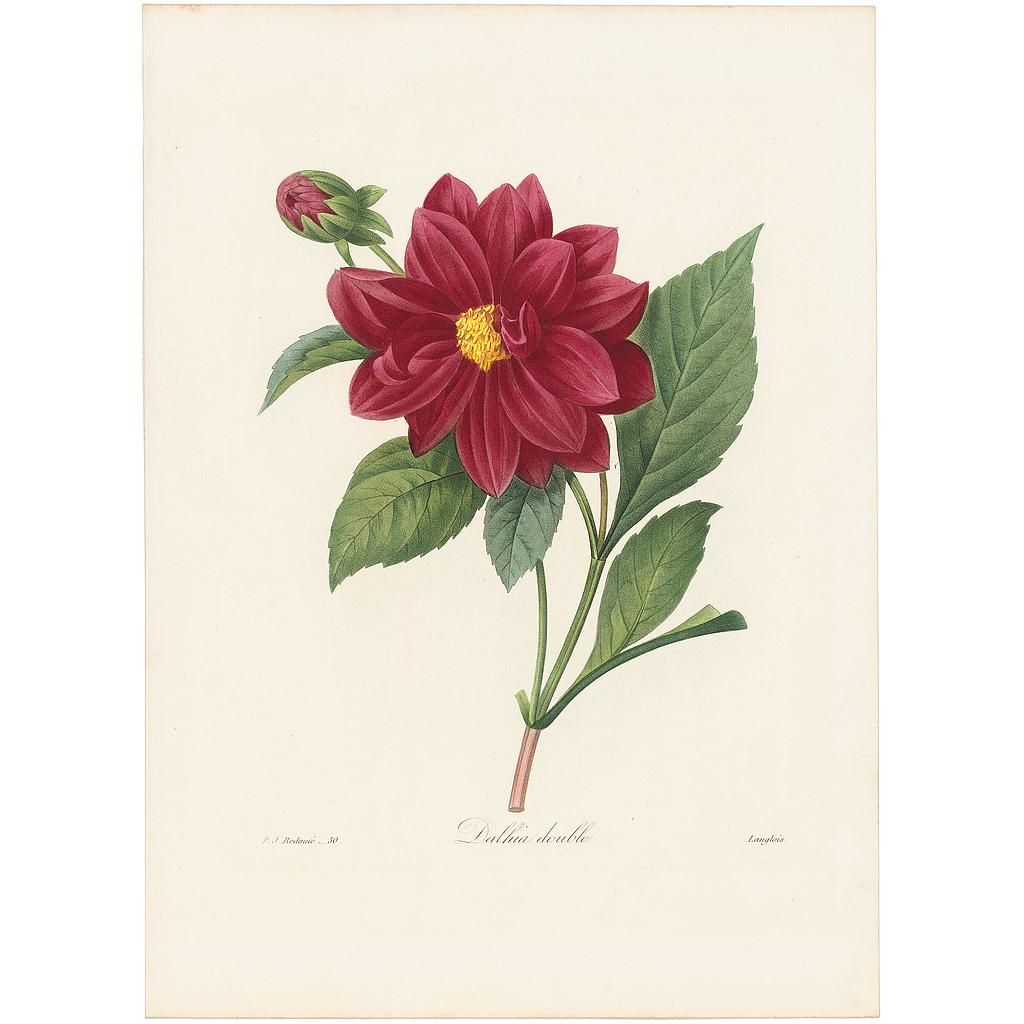 It was in 1791 that Cavanilles made known, by a description and a figure, this beautiful plant which would one day form one of the most beautiful ornaments of our gardens. He gave it the name of Dalhia pinnata, under which it is still frequently called; but the botanists do not admit this name, because another plant had already received the name of Dalhia. That of Georgina variabilis, which was imposed by Willdenow, deserves to be preserved, so as not to cause confusion. This plant is native to Mexico, and produces in our gardens an immense number of varieties, many of which are remarkable for the brilliance of colors and the shapes of their flowers.