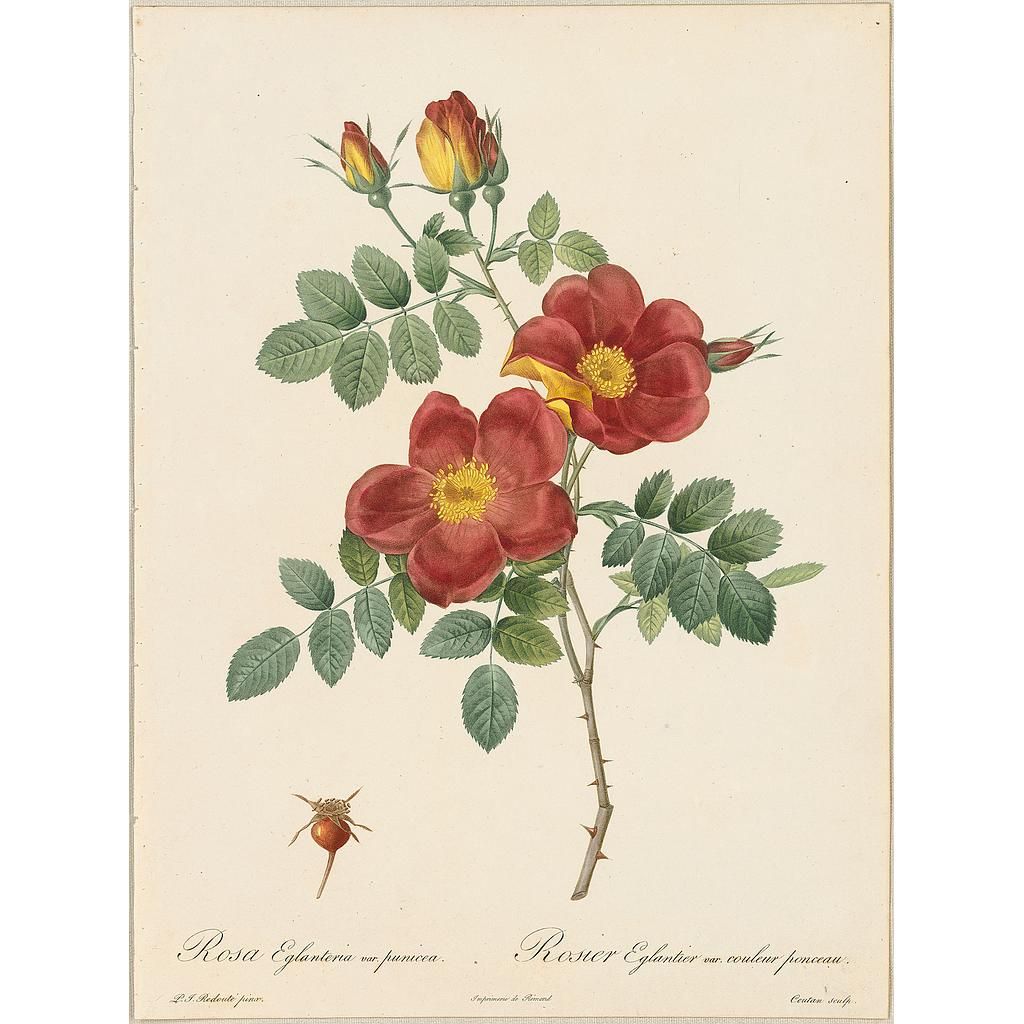 The flower produced by this rose bush is known in the gardens under the common names of the nasturtium rose, countess, or Austrian.... The petals have a beautiful ocher color inside, with a hint of yellow-orange outside. Sometimes these same petals are plumed by yellow bands with other bands more or less purple; such is the one that Mr. Dupont has named Rose Tulipe. A slight hue of red is noticeable on the stems and on the branches....