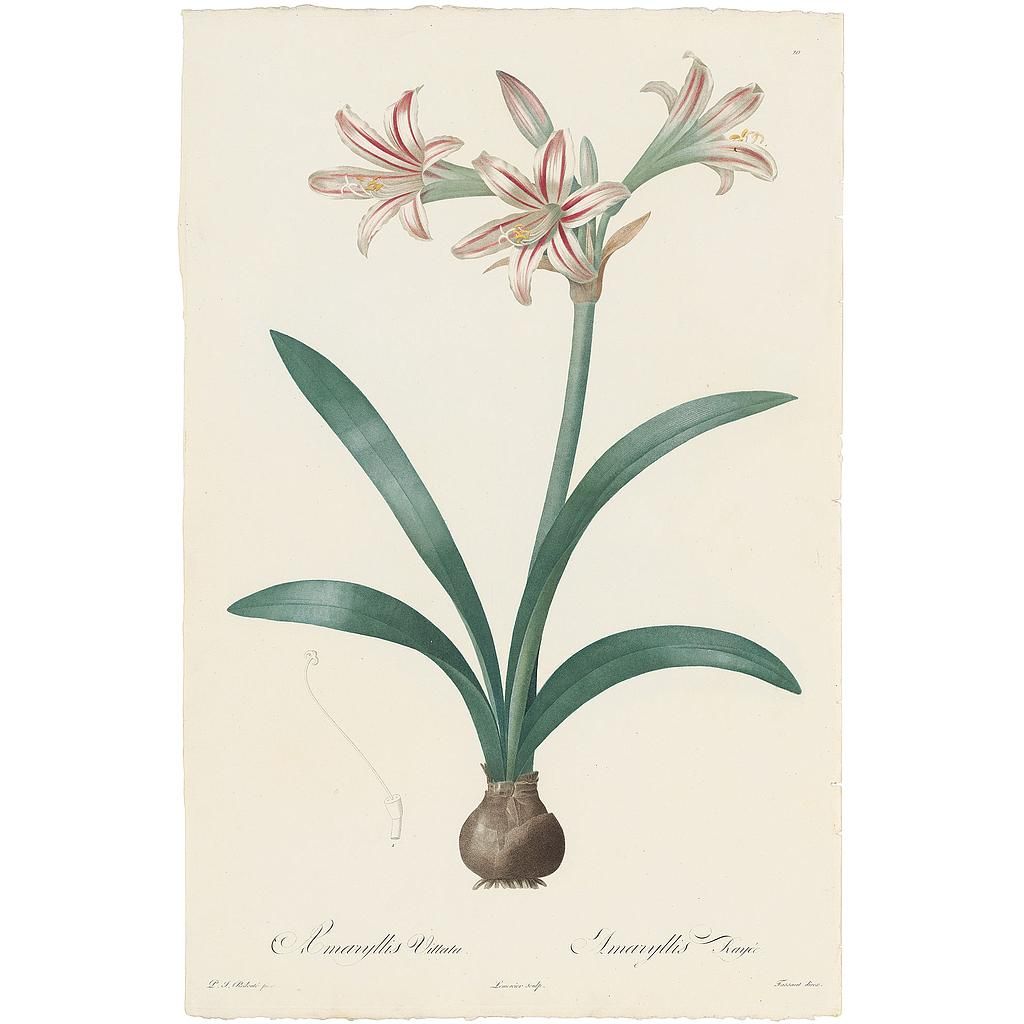 Enjoy significant savings on a superb hand-colored stipple engraving, Plate 10 Pink and White Amaryllis, Amaryllis Vittata, Amaryllis Rayée, from Pierre-Joseph Redouté’s renowned monograph, Les Liliacées (1802–16).  Redouté depicted this beautiful specimen in the natural size of life with a detail showing the pistil separate from the corolla and stamens. This masterful and striking composition captures the translucence of the flower petals in contrast to the reflected light on the leathery leaves and elegant linear habit of this most beautiful of amaryllis plants.

Comprising 503 plates, only 200 copies of Les Liliacées were produced, appearing in 80 parts from 1802 to 1816. Josephine Bonaparte’s support made the work possible, herself ordering several sets.The flawless bone-white paper in this folio allows the brilliance of color and nuance of tonality to shine through. It is not possible to overstate the beauty of this plate.