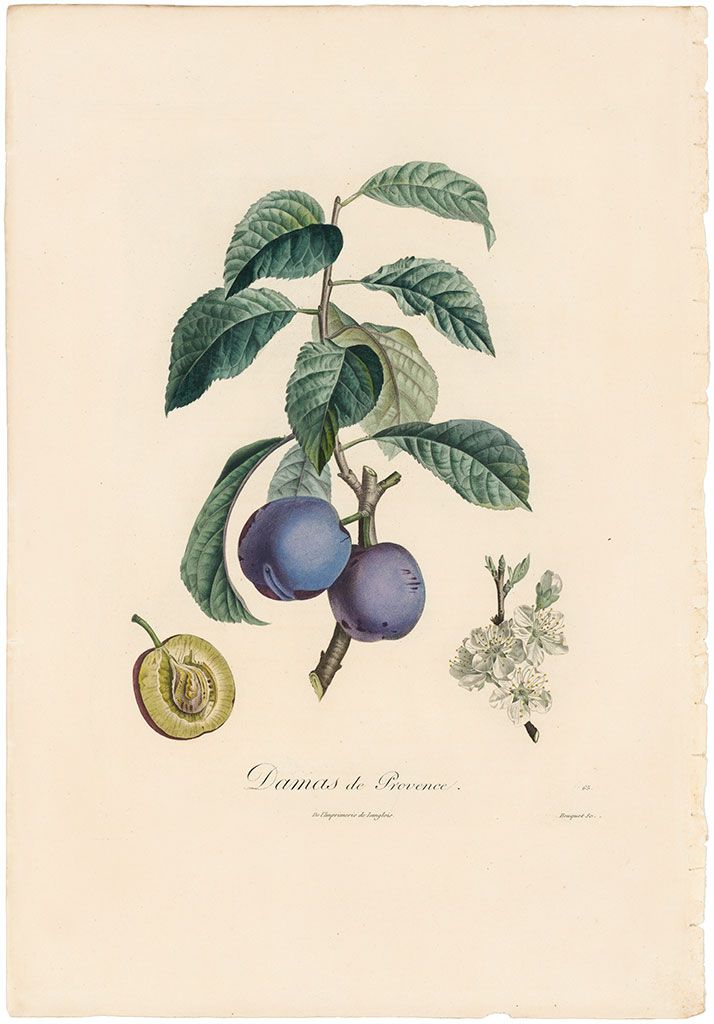 The fruit of Damas de Provence was described in Scott's Orchardist, or catalogue of fruits cultivated at Merriott, Somerset, second edition, 1873:

The fruit is medium size, roundish and marked on one side with a deep suture; skin reddish purple, covered with a blue bloom; flesh yellowish green, sweet and pleasantly flavored, separating from the stone; shoots slightly downy. A baking plum.