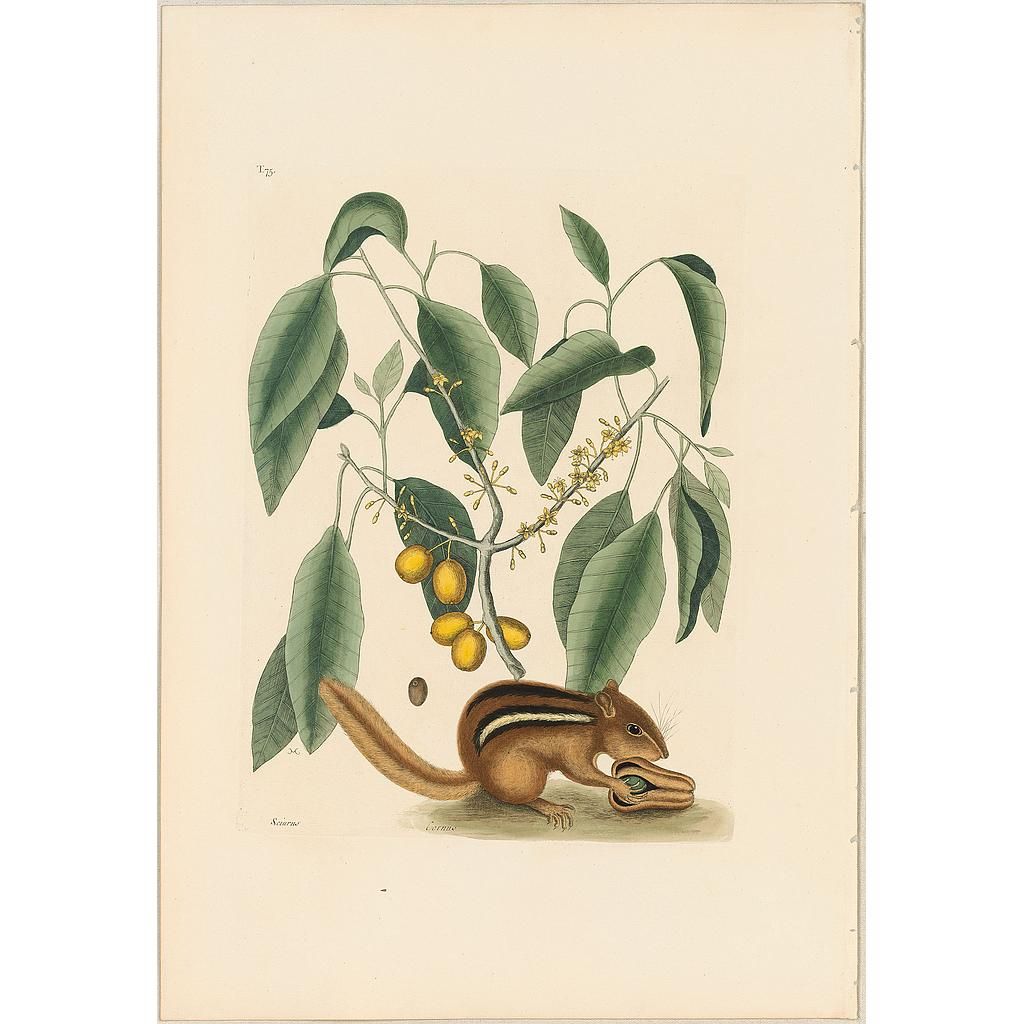 This is about half the Size of an English Squirrel, and almost of the same Colour, except that a Pair of black Lifts, with a yellowish white Lift betweenthem, extend almost the Length of the Body on both Sides; also a single black Lift runs along the Ridge of the Back. The Eyes are black and large, the Ears rounding, the Tail long, flat, and thick set with Hairs, which are much shorter than those of other Squirrels. These Squirrels abide in the Woods of Carolina, Virginia, &c. Their Food is Nuts, Acorns, and such like as other Squirrels feed on. They being brought up tame, are very familiar and active.

The Fruit which the Squirrel is feeding on, belongs to a Tree or Shrub which General Oglethorp brought from Georgia by the Name of the Wild Nutmeg; from its being aromatic, and other Circumstances, induces me to think it is the Fruit of the Plant I have described, p. 46. Vol. I. which Description is imperfect, because the Fruit was not then formed: The Size and Form of this is as 'tis here represented. It divides into four Openings, discovering four dark green Seeds within the Fruit.