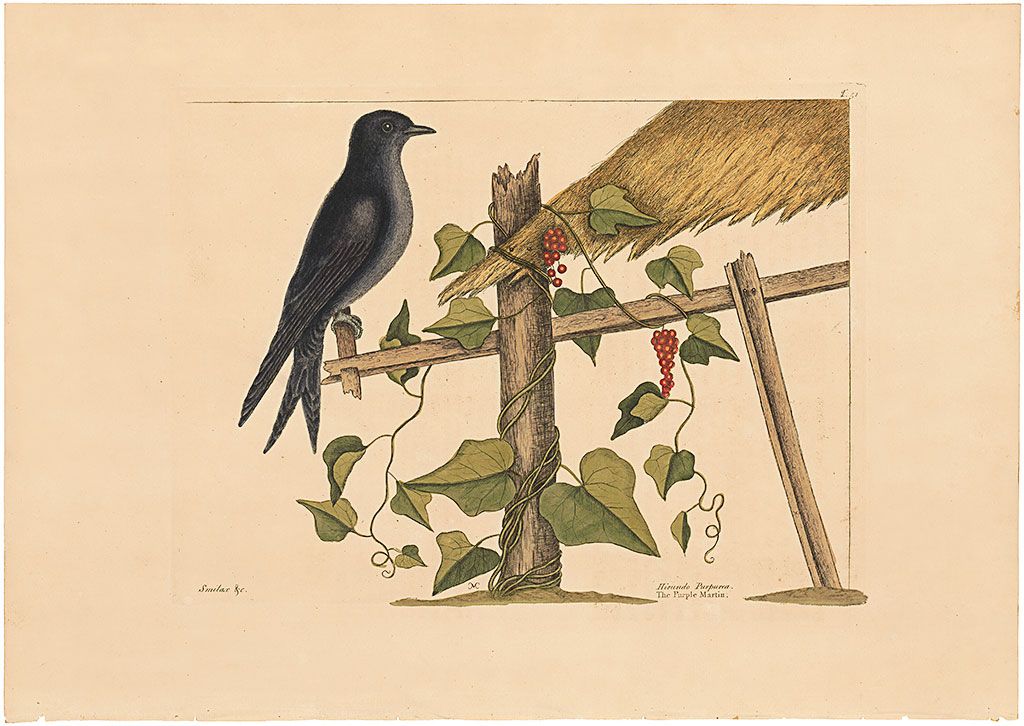 Acquire a superb original Catesby engraving at a special price, Pl. 51 The Purple Martin, Progne subis from The Natural History of Carolina, Florida and The Bahama Islands, Volume I. The first illustrated work of American flora and fauna to depict the entire spectrum of life forms, Catesby’s Natural History stands today as a monument in American science and natural history art.