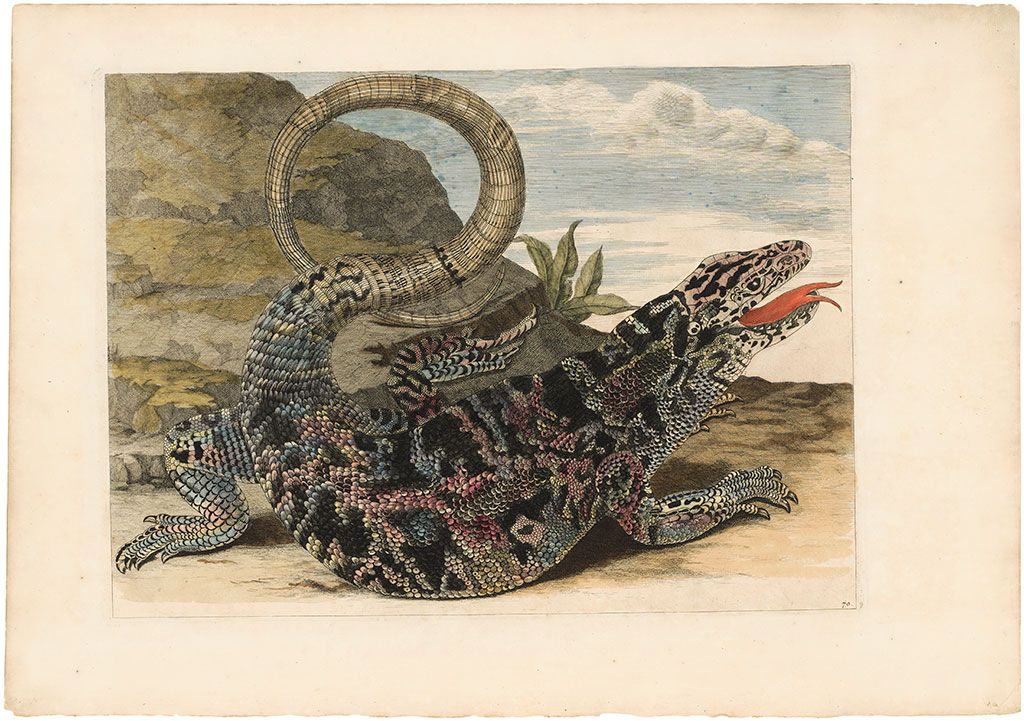 This week only, enjoy a substantial discount on Pl. 70, Lizard, a rare 18th-century hand-colored engraving from the 1726 edition of Merian’s, Metamorphosis Insectorum Surinamensium. The first to depict the metamorphosis of insects on their host plants, Merian’s work influenced many naturalists, including Mark Catesby.