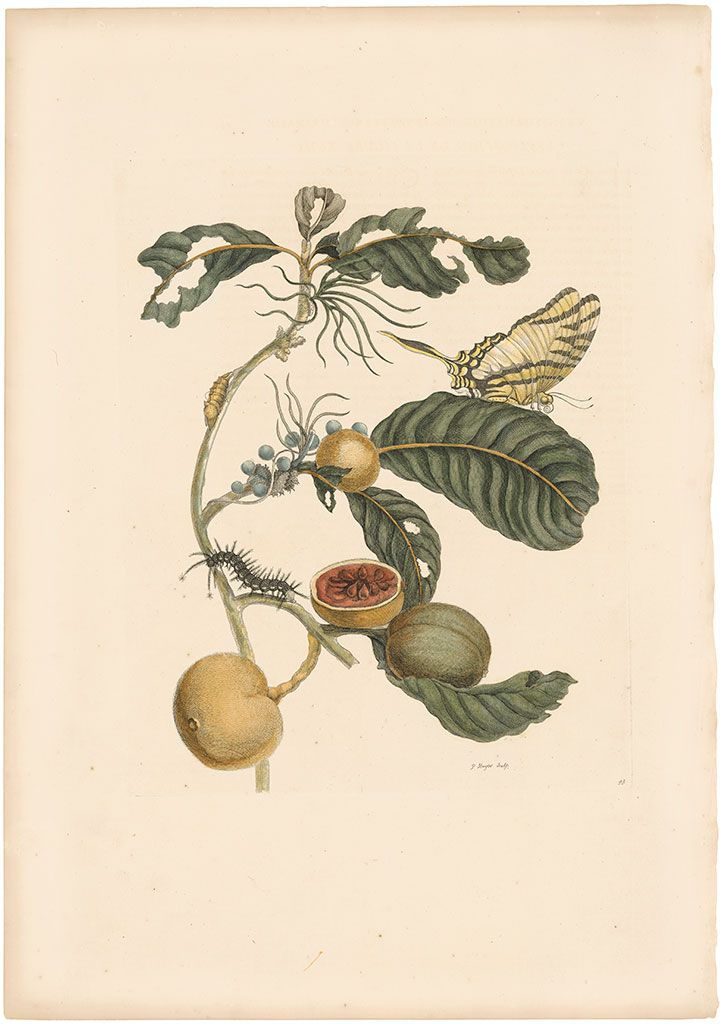 This week only, enjoy a substantial discount on Pl. 43, Swallow-tailed Butterfly & Passion Fruit, a rare 18th-century hand-colored engraving from the 1726 edition of Merian’s, Metamorphosis Insectorum Surinamensium. The first to depict the metamorphosis of insects on their host plants, Merian’s work influenced many naturalists, including Mark Catesby. In this plate, Merian's lively and lyrical composition encompasses the metamorphosis of the swallowtail butterfly, including eggs, pupa and caterpillar, on its host plant, the passion fruit vine. The highly detailed botanical illustration also depicts the plant as it changes over time, showing its leaves whole and eaten by the caterpillar, as well as the texture and color of the outer skin of the fruit it produces as it ripens from green to yellow, and the delectable seeded fruit inside.