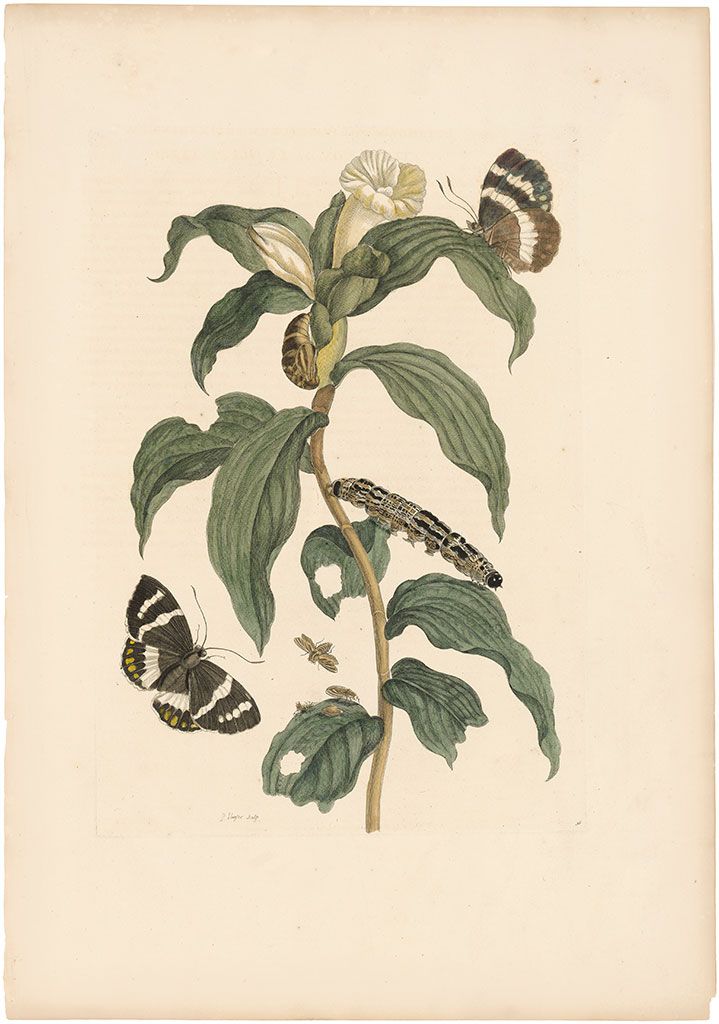 This week only, enjoy a substantial discount on Pl. 36, Tobacco Plant with Butterfly, Nicotiana tabacum, a rare 18th-century hand-colored engraving from the 1726 edition of Merian’s, Metamorphosis Insectorum Surinamensium. The first to depict the metamorphosis of insects on their host plants, Merian’s work influenced many naturalists, including Mark Catesby.

In Merian’s text entry for this plate, she chronicles finding the tobacco plant that she observed for this plate growing in the forest of Surinam. Due to the heat the plant wilted, so Merian had an Indian dig the “very white root of the Tobacco” and take it to the garden by her house. There it bloomed successfully, producing  a single white blossom that resembled the flower of a Tuberose. It bloomed again six months later. On April 14, 1701, she discovered a white, brown and black caterpillar eating the leaves of the Tobacco plant, noting that it became a brown and white butterfly with orange-yellow hind wings on April 26. She also found a cocoon on the first of April from which the hovering fly emerged ten days later.

Though Merian’s intended purpose was to show the scientific aspects of the life cycle of insects supported by the tobacco plant, her exquisitely fluent and painterly style elevated the subject to one of rare and delicate beauty.