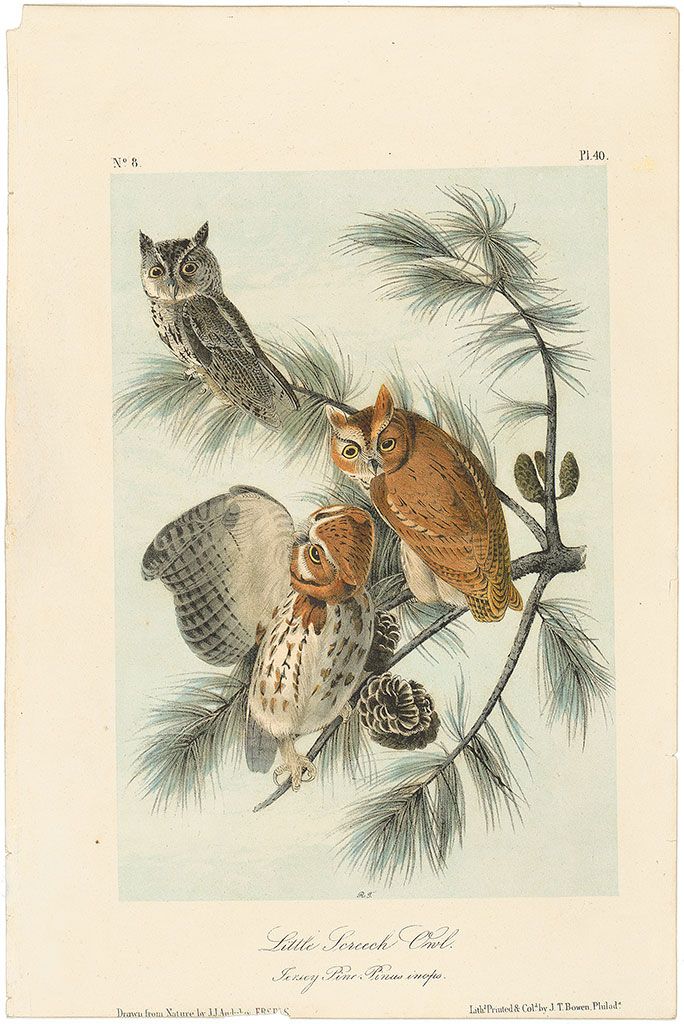 You are presented, kind reader, with three figures of this species, the better to shew you the differences which exist between the young and the full-grown bird. The contrast of colouring in these different stages I have thought it necessary to exhibit, as the Red Owl of WILSON and other naturalists is merely the young of the bird called by the same authors the Mottled Owl, and which, in fact, is the adult of the species under consideration. The error committed by the author of the "American Ornithology," for many years misled all subsequent students of nature; and the specific identity of the two birds which he had described as distinct under the above names, was first publicly maintained by my friend CHARLES LUCIEN BONAPARTE, although the fact was long before known to many individuals with whom I am acquainted, as well as to myself.

Audubon's accompanying text points out that his predecessor, Alexander Wilson, and his supporter, Charles Lucien Bonaparte, mistakenly classified the young and adult Screech Owls as two separate species, and thus explains his reason for depicting the adult and young birds together in this beautiful plate.