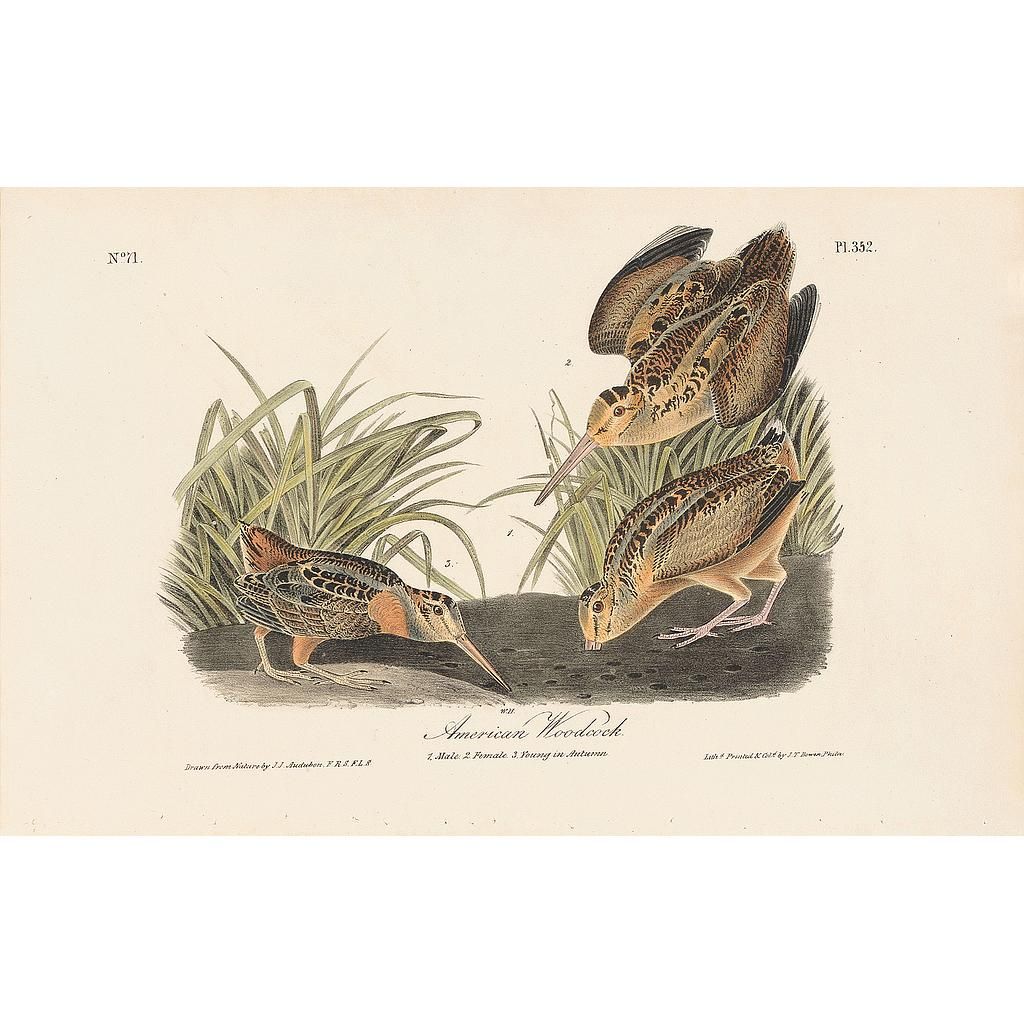 Acquire a superb first edition Audubon octavo print from the Birds of America, Plate 352, American Woodcock, Scolopax minor, at a special discount from our already low prices. Audubon depicted a (1) male bird lower right, (2) female above right, and (3) young in autumn plumage feeding on earthworms, as he described in his Ornithological Biography.

The food of the Woodcock consists principally of large earthworms, of which it swallows as many in the course of a night as would equal its own weight; but its power of digestion is as great as that of the Heron's, and it is not very often that on opening one you find entire worms in its stomach. It obtains its food by perforating the damp earth or mire, and also by turning the dead leaves in the woods, and picking up the worms that lie beneath them.