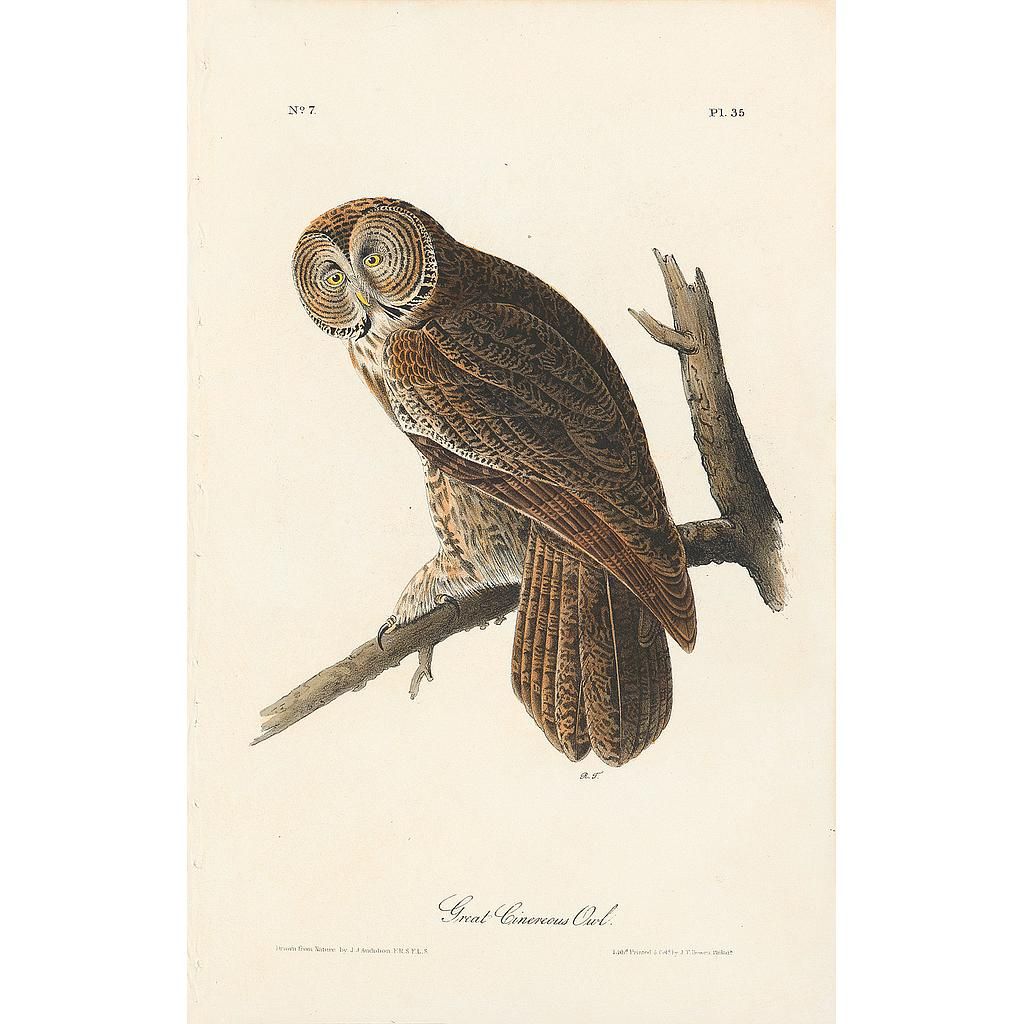 Acquire a superb first edition Audubon octavo print from the Birds of America, Plate 35, Great Cinereous Owl, Strix cinera, (Gmeliin), at a special discount from our already low prices. Audubon depicted an adult female from a specimen in the Zoological Society of London. The current name for this species is Great Gray owl, Strix nebulosa.

In this excerpt from the Ornithological Biography or account of the habits of birds of the United States of America, Audubon describes his pursuit of a specimen of this northern species of American owl:

This fine Owl, which is the largest of the North American species, is nowhere common with us, although it ranges from the north-eastern coast of the United States to the sources of the Columbia river. It has been procured near Eastport in Maine, and at Marblehead in Massachusetts, where one of them was taken alive, perched on a wood pile, early in the morning, in February, 1831. I went to Salem for the purpose of seeing it, but it had died, and I could not trace its remains. The gentleman, Mr. IVES, in whose keeping it had been for several months, fed it on fish and small birds, of which it was very fond. Besides shewing me various marks of attention, he gave me a drawing of it made by his wife, which is still in my possession. It uttered at times a tremulous cry not unlike that of the Little Screech Owl, Strix Asio, and shewed a great antipathy to cats and dogs. In the winter of 1832, I saw one of these Owls flying over the harbour of Boston, Massachusetts, amid several Gulls, all of which continued teasing it until it disappeared. I have seen specimens procured on the Rocky Mountains by Mr. TOWNSEND, and several brought to London by the medical officer who accompanied Captain BACK in his late Arctic journey. Among the individuals which I have examined I have found considerable differences as to size and markings, which may be attributed to age and sex. My drawing was taken from a remarkably fine specimen in the collection of the Zoological Society of London.