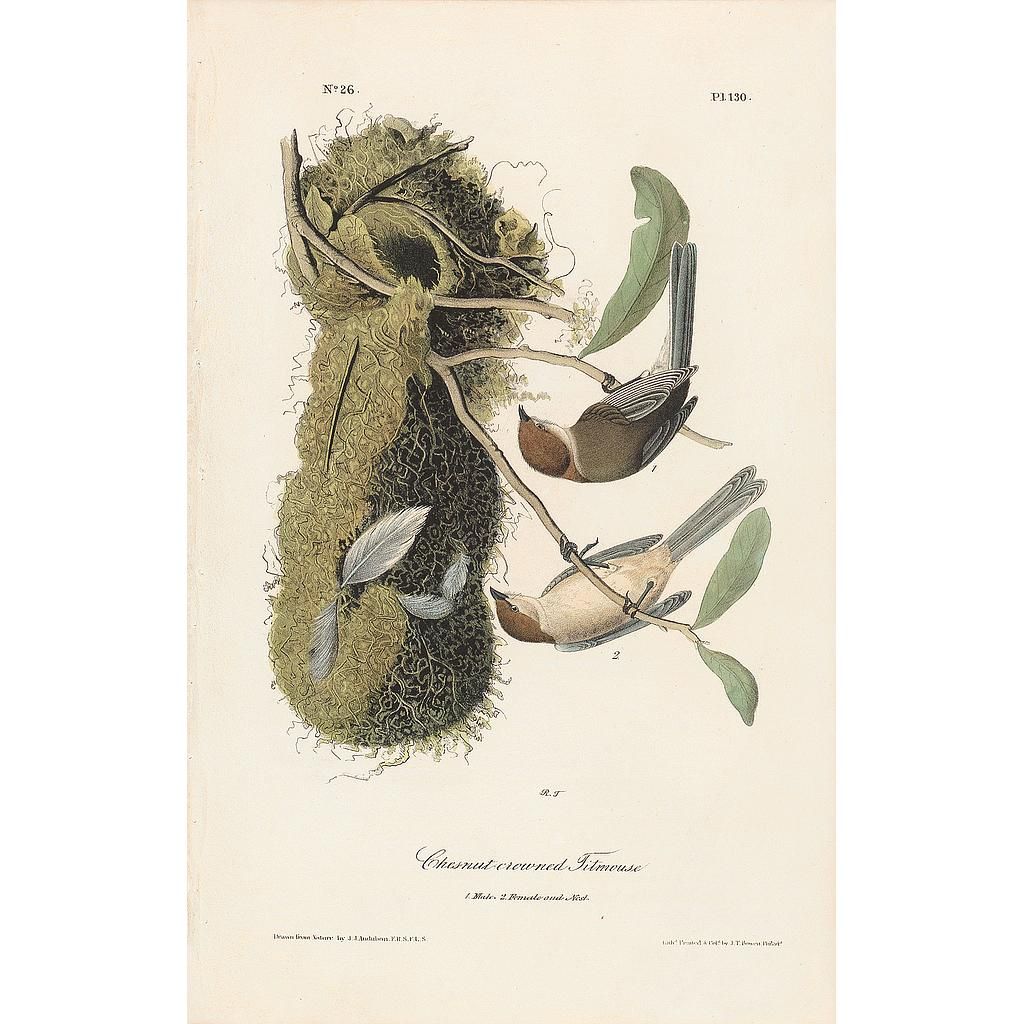 Acquire a superb first edition Audubon octavo print from the Birds of America, Plate 130, Chestnut-crowned Titmouse, Parus minimus, Townsend. after John James Audubon, at a special discount from our already low prices. A male and female of the species are depicted perched on a branch from which their nest is suspended.  The English naturalist and explorer, Thomas Nuttall (1786–1859), worked with naturalist and ornithologist, John Kirk Townsend (1809–1851), on the expedition to the Columbia River led by Nathaniel Jarvis Wyeth in 1834. Nuttall provided Audubon with the bird specimens and the nest represented in this plate.

In the accompanying text, Audubon gives Nuttall's account of this species. "We first observed the arrival of this plain and diminutive species on the banks of the Wahlamet, near the confluence of the Columbia, about the middle of May. Hopping about in the hazel thickets which border the alluvial meadows of the river, they appeared very intent and industriously engaged in a quest of small insects, chirping now and then a slender call of recognition. They generally flew in pairs, but were by no means shy, and kept always in the low bushes or the skirt of the woods. the following day, I heard the makes utter a sort of weak monotonous short and quaint song and about a week afterwards I had the good fortune to find the nest, about which the male was particularly solicitous as almost unerringly to draw me to the spot, where hung from a low bush, about four feet from the ground, his little curious mansion, formed like a round purse, with a round hole for entrance at the summit. It was made chiefly of moss, down, lint of plants, and lined with some feathers."

Reference: John James Audubon, Ornithological Biography, or an account of the habits of the Birds of The United States of America accompanied by descriptions of the objects represented in the work entitled Birds of America, Vol. IV, pages 382–384, 1838.