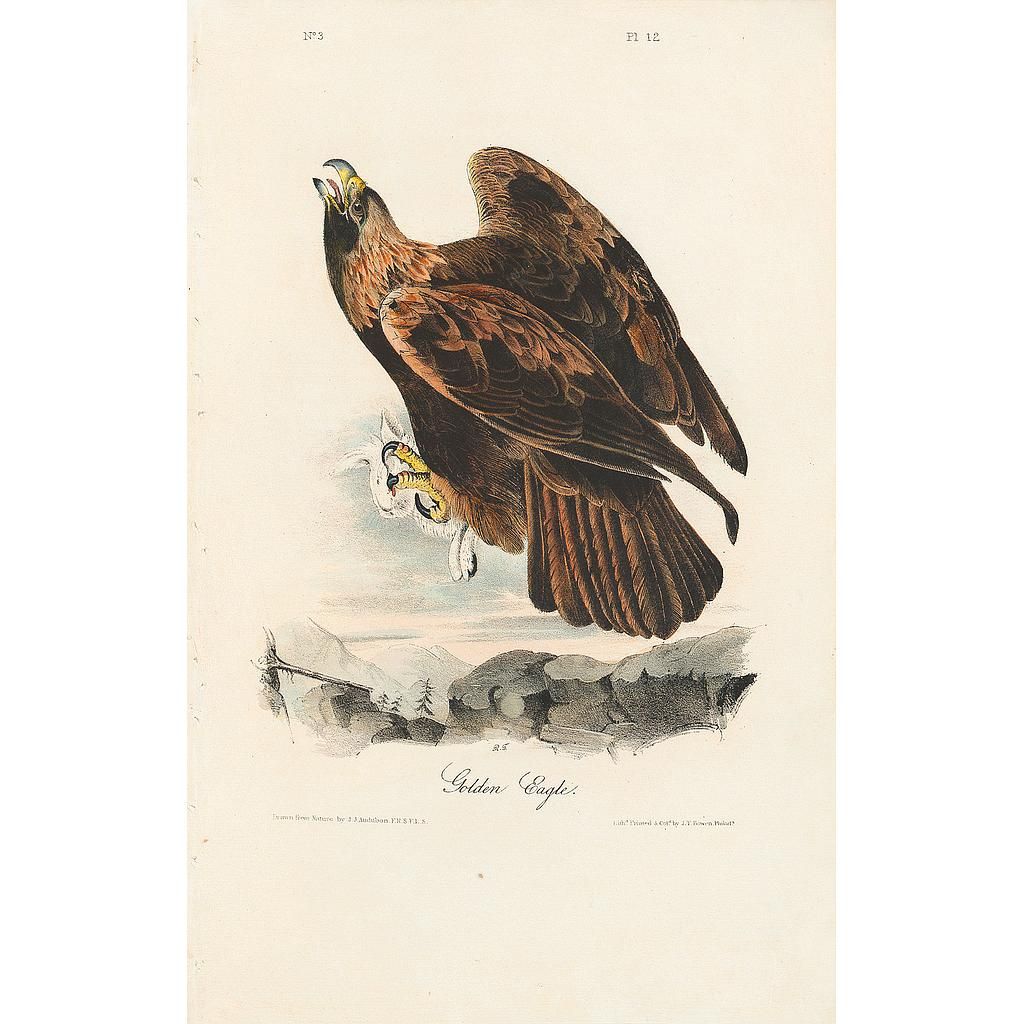 Acquire a superb first edition Audubon octavo print from the Birds of America, Pl 12 Golden Eagle, Aquilo Chrysaetos, at a special discount from our already low prices. An adult female is depicted with Northern Hare.

In his accompanying text for the Golden Eagle in the Ornithological Biography, Audubon provides a compelling portrait of this magnificent predatory bird in flight.

"Although possessed of a powerful flight it has not the speed of many Hawks, nor even of the White-headed Eagle. It cannot, like the latter, pursue and seize on the wing the prey it longs for, but is obliged to glide down through the air for a certain height to insure the success of its enterprise. The keenness of its eye, however, makes up for this defect, and enables it to spy, at a great distance, the objects on which it preys; and it seldom misses its aim, as it falls with the swiftness of a meteor towards the spot on which they are concealed. When at a great height in the air, its gyrations are uncommonly beautiful, being slow and of wide circuit, and becoming the majesty of the king of birds. It often continues them for hours at a time, with apparently the greatest ease."