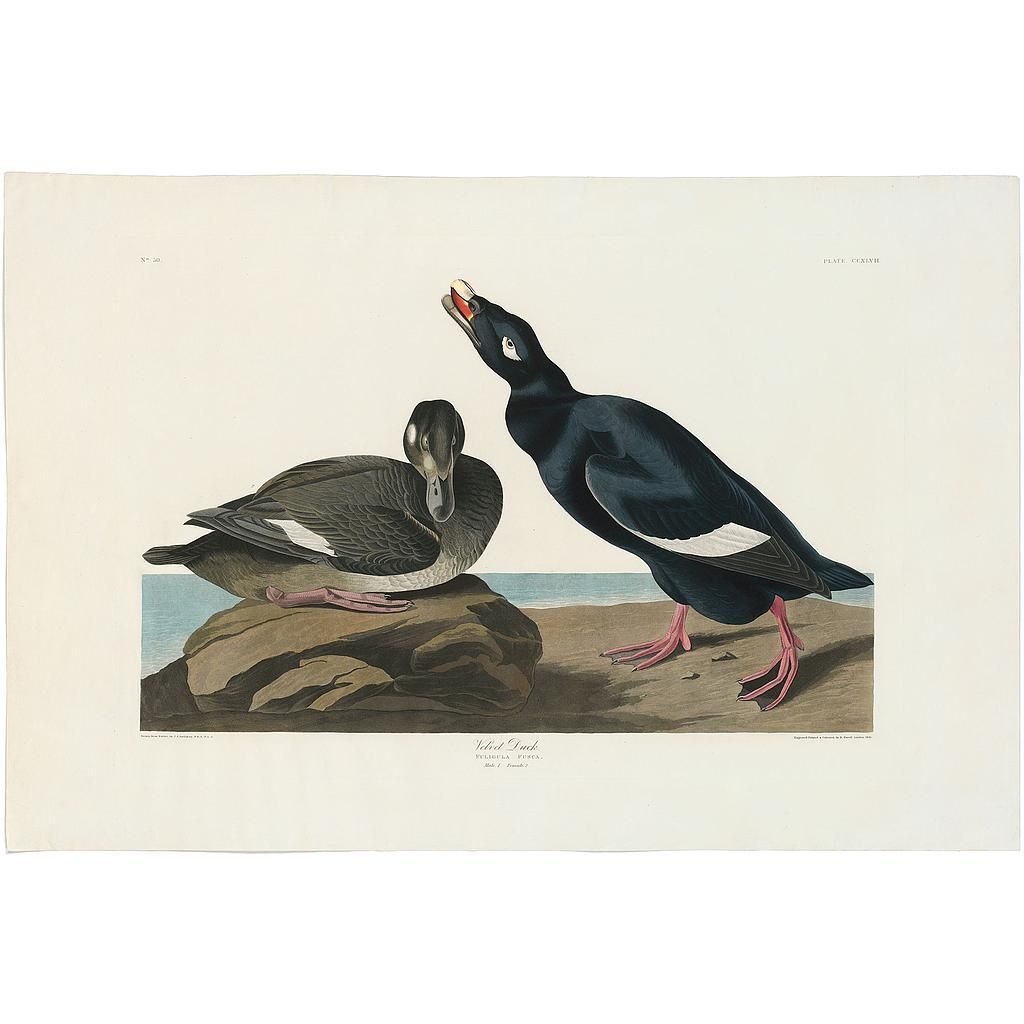 Audubon wrote of seeing these ducks during his expedition to Labrador in 1833.

As we approached the shores of Labrador, we found the waters covered with dense flocks of these birds, and yet they continued to arrive there from the St. Lawrence for several days in succession. We were all astonished at their numbers, which were such that we could not help imagining that all the Velvet Ducks in the world were passing before us. This was about the middle of June, which I thought late for them, but the season had been tardy, and the fishermen informed us, that when the weather is warmer, these birds pass a fortnight earlier. The greater number merely appear for a few days on their way farther north, but some remain to breed on the southern coast of Labrador. Thousands of sterile individuals, however, spend the summer on the Bay of Fundy.