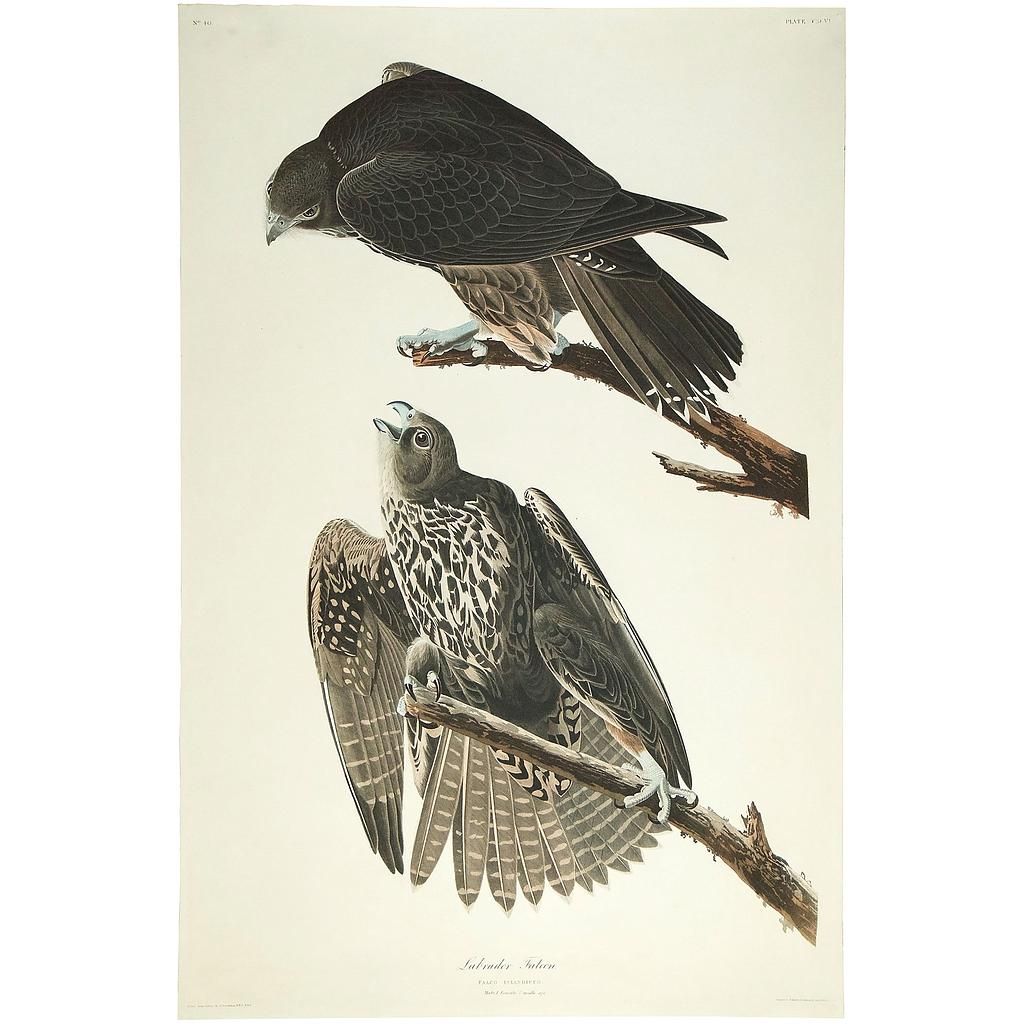 Acquire a superb Havell edition aquatint engraving by John J. Audubon, Plate 196, Labrador Falcon, Falco islandicus, available this week only at a substantial discount. Audubon figured the male bird on a branch above the female. In Audubon's time, the three color phases of Gyr Falcons (black, white, and gray) were considered different species or subspecies, which now are all called Gyrfalcon, Falco rusticolus, Linn.