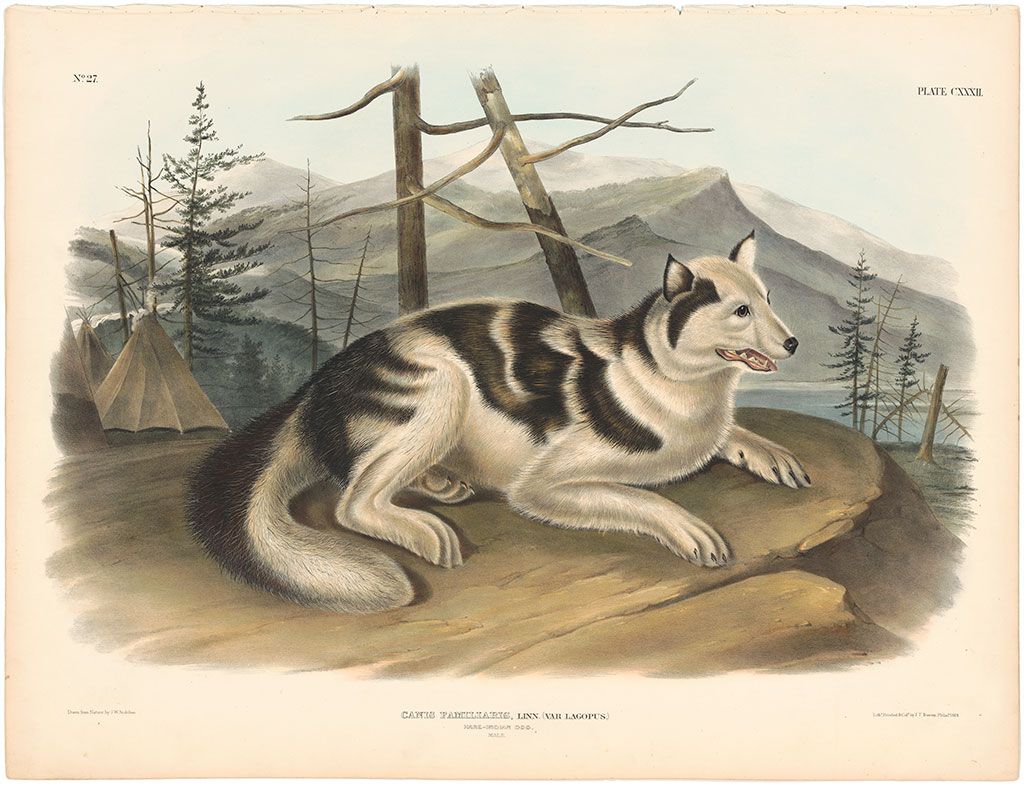 Enjoy special pricing on Plate 132 Hare Indian Dog, Canis familiaris—Linn. (Var. Lagopus.), a hand-colored lithograph after John Woodhouse Audubon from the Viviparous Quadrupeds of North America (1845–48). In the plate, a male is depicted in a landscape with mountains and Native American teepees, a rare example of Audubon's work depicting the human habitat of the period.

Reporting on its habits in the accompanying text, John Bachman states, “[t]his animal is more domestic than many of the wolf-like Dogs of the plains, and seems to have been entirely subjugated by the Indians of the north of the great lakes, who use it in hunting, but not as a beast of burden or draught."