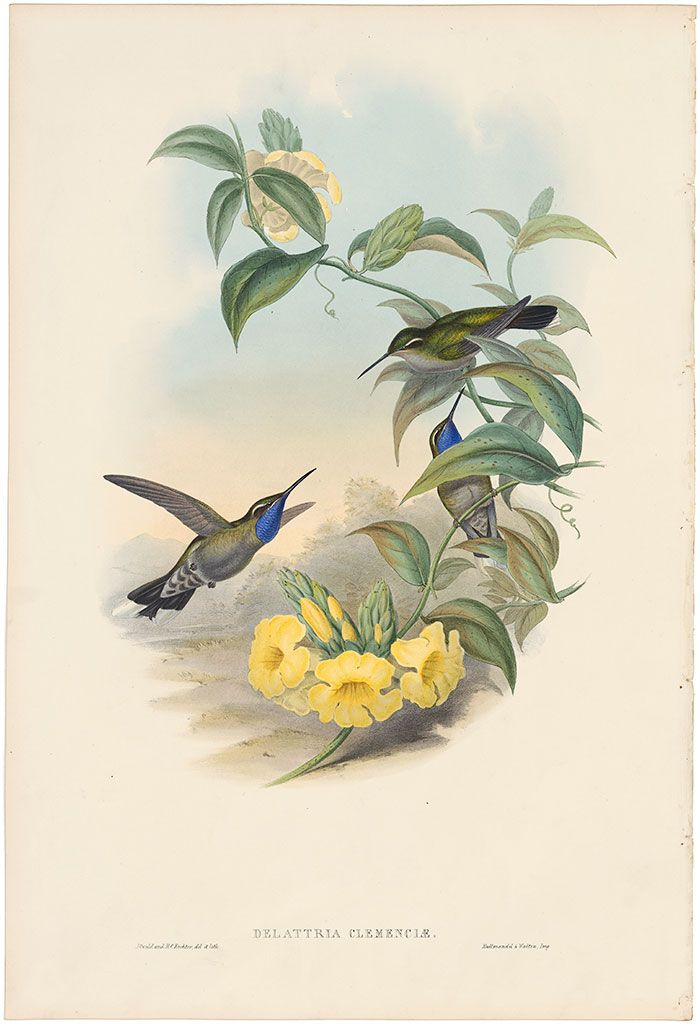 Enjoy special pricing on Pl. 60, Blue-throated Cazique, Delattria clemenciae, Gould., (title on plate), a superb hand-colored lithograph from John Gould’s Family of Hummingbirds. Two males and a female are depicted in the size of life. The bright blue patch at the throat of the males contrasts beautifully with the Yellow Trumpet Vine, Adenocalymna comosum in the foreground. The current name of this hummingbird is Lapornis clemenciae.