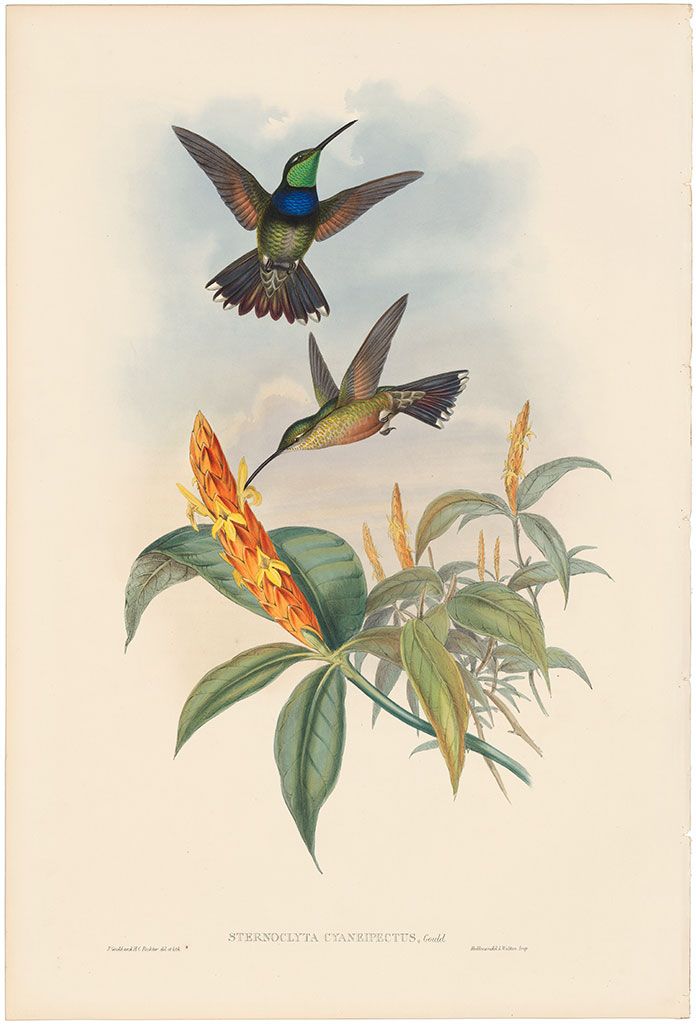 Enjoy special pricing on Pl. 58, Blue-breast, Sternoclyta cyaneipectus, Gould., (title on plate), a superb hand-colored lithograph from John Gould’s Family of Hummingbirds.  A male and female hummingbird are depicted in the the size of life. The female hummingbird (below) is drinking nectar from a blossom of Aphelandra variegata.