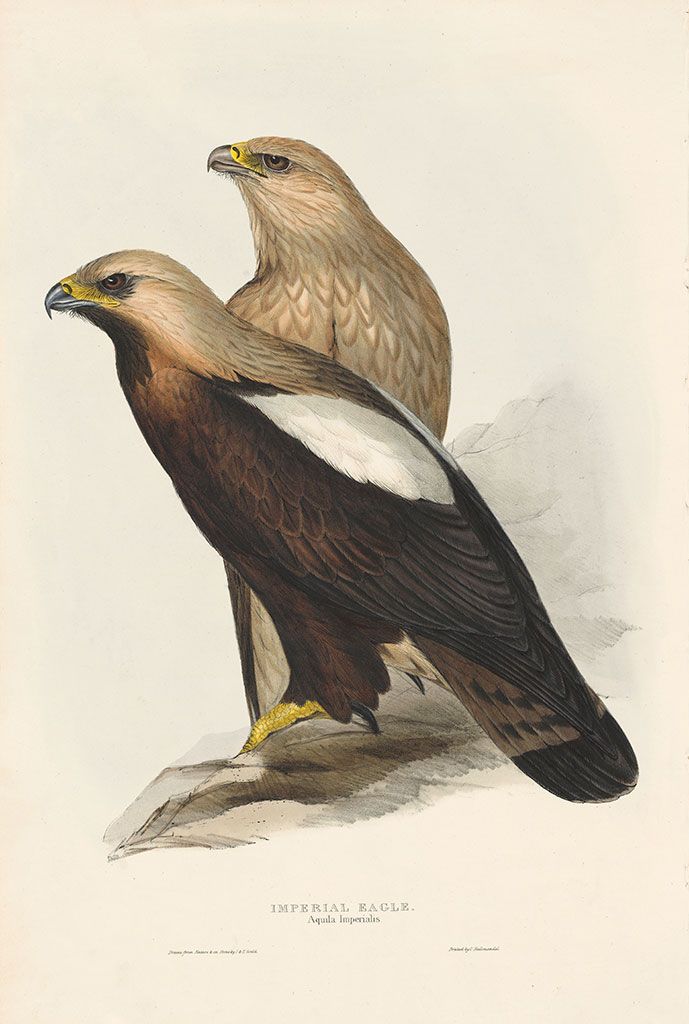 An adult (in front) and young bird (in back) are depicted one-third of the natural size. Referring to this "noble species" of Europe, in the accompanying text description, Gould remarks that "The young in the plumage of the first and second year differ from the adult in having the upper part of a rufous brown, varied with large blotches of light red, and in having the scapularies merely terminated with white instead of being wholly of that colour...." Whereas in the adult "...the upper surface is of dark glossy brown; several of the scapularies are pure white; tail deep ash colour irregularly banded with black, each feather having a black bar near its extremity, which is yellowish white; irides light yellow; cere and tarsi yellow."