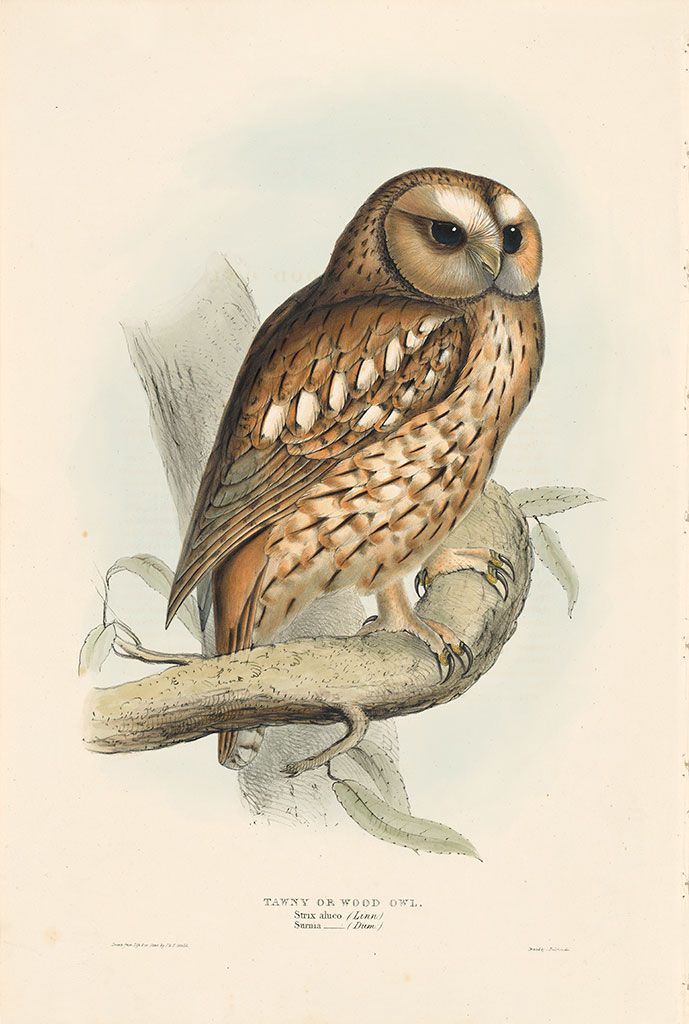 Enjoy significant savings on  Pl. 47, Tawny or Wood Owl, Strix aluco (Linn.), Syrnium aluco, (Savigny), a superb hand-colored lithograph from John Gould’s Birds of Europe. Drawn from nature by John and Elizabeth Gould, a male bird is figured in the size of life. Gould notes in the accompanying text that the "females when compared with the males are larger in size and darker in color, approaching a deep red brown." He also states that the Tawny Owl inhabits most of the large forests in Europe and, with the exception of the Barn Owl, it is the most abundant of its species in Great Britain.