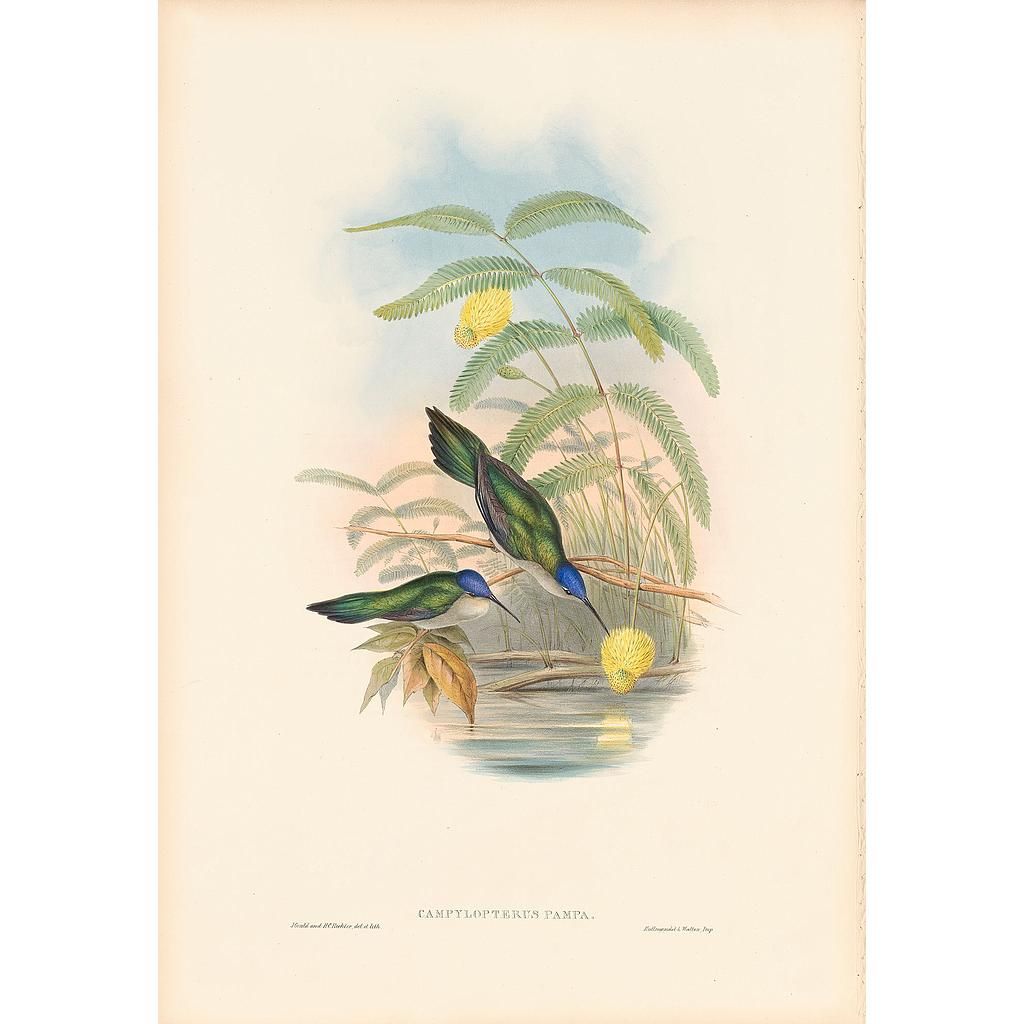 Enjoy special pricing on Pl. 43, Wedge-tailed Sabre-wing Campylopterus Pampa, a superb original hand-colored lithograph from John Gould’s Family of Hummingbirds. As an artist-naturalist, an intrinsic part of Gould’s mission was to not only to depict, but to scientifically identify, name, and describe the attributes of each hummingbird. In the preface to this work, Gould states, ” I have been unceasing in my endeavors to obtain every species which has been discovered by enterprising travellers of this country, of Germany, of France, and of America.”

Gould notes in his text entry for this plate that this species of bird was found by M. A. De Lattre in in Mexico and Central America, and that he also received specimens through Mr. Skinner from Guatemala. He further relates that “[i]n a brief notice of it by M. De Lattre, the gentleman states that it inhabits the densest forests during the whole of the year; that it is very wild and unsociable; that it is fond of singing; and were its song not monotonous it might be regarded as the Nightingale of the Trochilidae. It is found in the environs of Taupetta, in Mexico.”

“The sexes, as far as I have seen, are nearly alike in color, while in size a more than ordinary difference exists, the female being very much smaller than her mate; both have a blue-coloured crown, but the outer tail-feathers of the female are tipped with dirty white, instead of being a uniform colour.”

Drawn in the size of life and lithographed by J. Gould and H. C. Richter, a male and female hummingbird are depicted in a charming landscape featuring the Neptunia plena plant. In perfect condition, hand-colored lithograph, heightened with gum arabic, 21-1/2 x 14-7/8 inches.