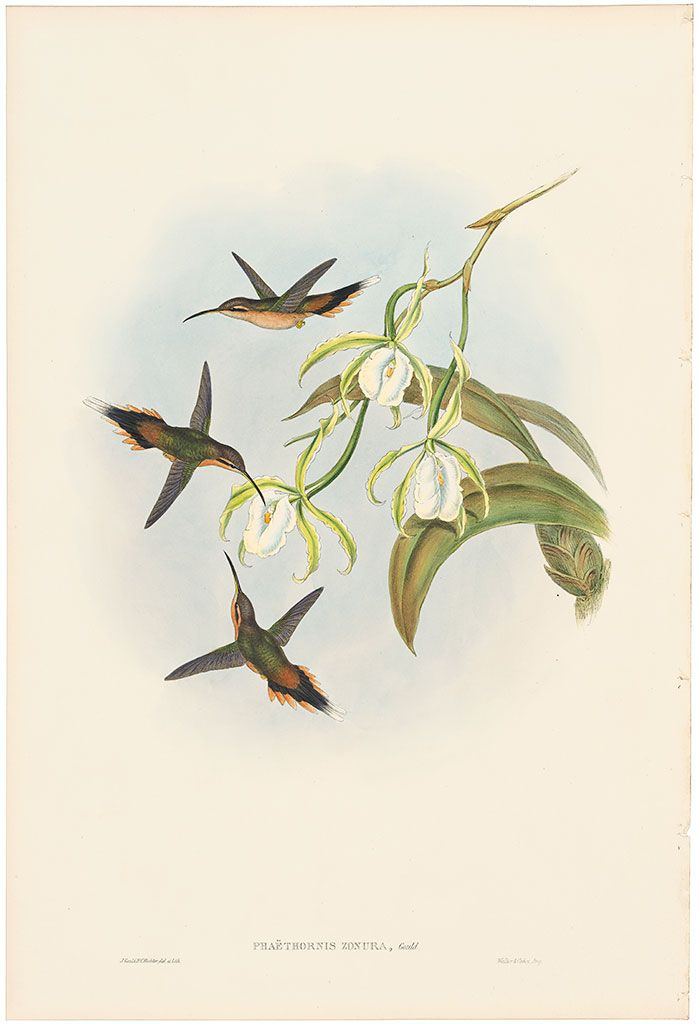 Enjoy special pricing on Pl. 34, Southern Hermit, Phaëthornis zonura, Gould, a superb original hand-colored lithograph from John Gould’s Family of Hummingbirds. As an artist-naturalist, an intrinsic part of Gould’s mission was to not only to depict, but to scientifically identify, name, and describe the attributes of each hummingbird. In the preface to this work, Gould states, ”I have been unceasing in my endeavors to obtain every species which has been discovered by enterprising travellers of this country, of Germany, of France, and of America.”

In the text description entry for this species, Gould states, “The bird to which I have given the name P. zonura appears to be the southern representative of the genus, since it is an inhabitant of Peru, and, I believe, of Bolivia.... The P. zonura must rank among the larger and more powerful of these little birds; it is more distinctly marked than any of them; and when its tail is outspread in flight, the rich rust colouring of the lower part of the back must present a striking contrast to the deep-black colouring of the tail feathers.”