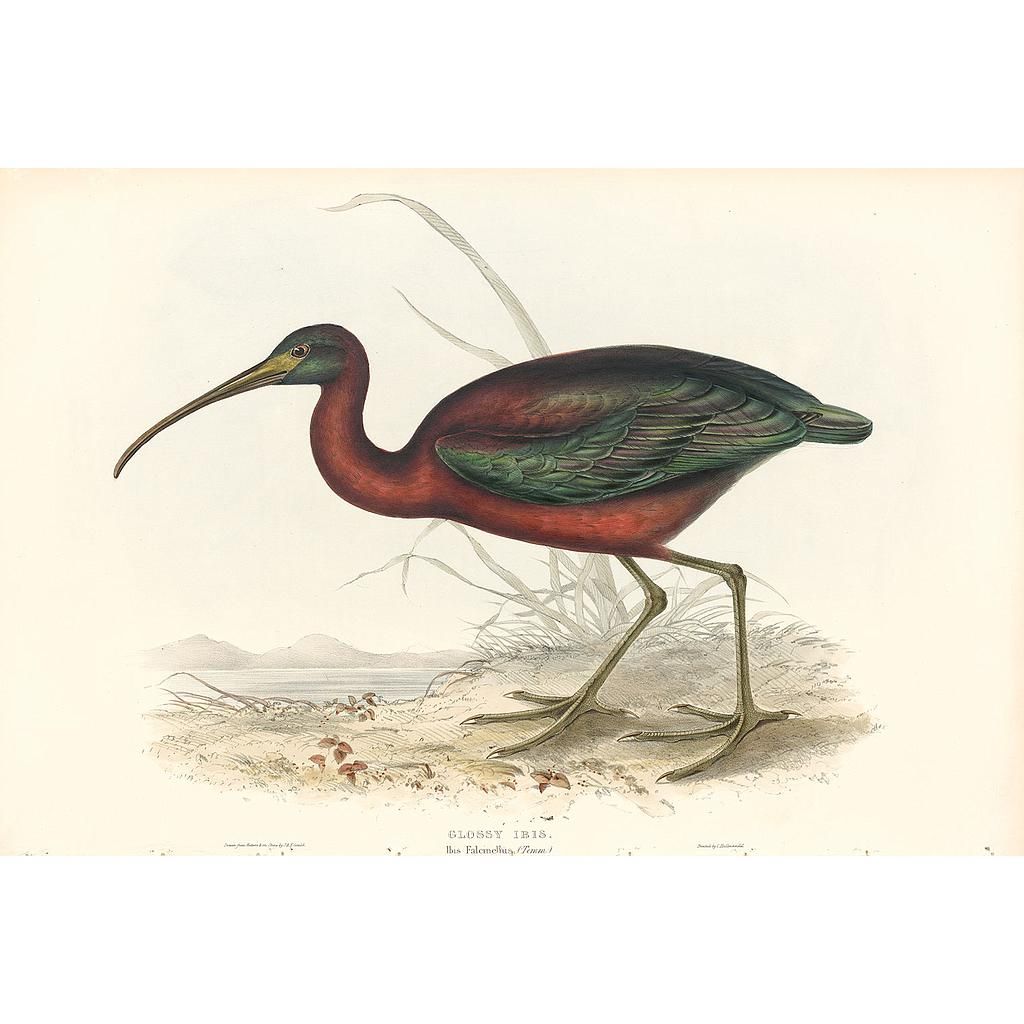 Enjoy significant savings on  Pl. 301, Glossy Ibis, Ibis falcinellus (Temm.), a superb hand-colored lithograph from John Gould’s Birds of Europe, drawn from nature by John and Elizabeth Gould. In the text that accompanies this plate, The plate represents an adult male bird about three-fourths the natural size.

In the accompanying text description, Gould appreciates the beauty of this bird, though certain basic information of its habits is lacking, yet to be observed and recorded.

The graceful proportions of this bird, the elegance of is actions, together with the resplendent lustre of its plumage, render it one of the most interesting of the Waders, and we have to regret that our knowledge of its manner are so imperfect, that of its nidification and eggs we can give no certain information.

The sexes offer but little difference of colouring: the young, on the contrary before the second or third year, at which point they attain their adult colouring, are much more obscure in their tints, and exhibit none of that metallic lustre which afterwards forms so characteristic a feature.