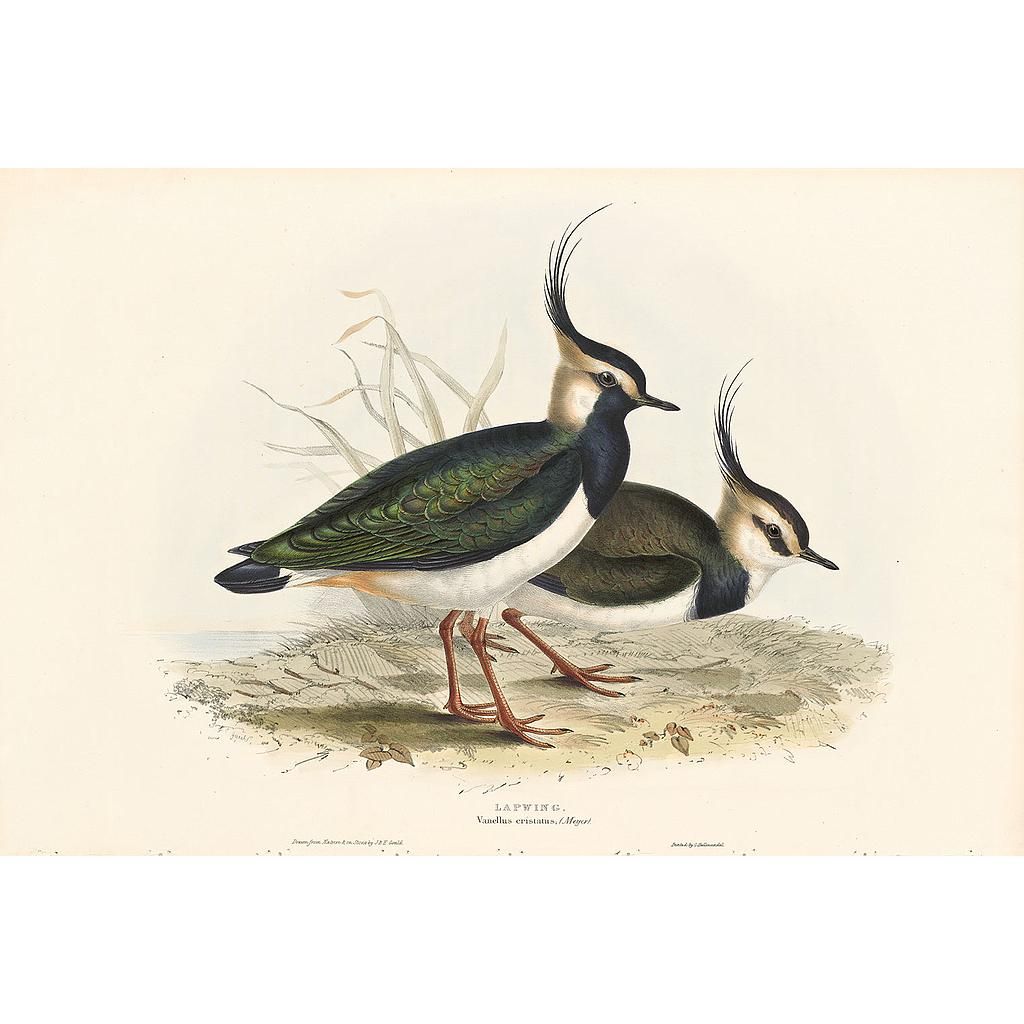 Enjoy significant savings on  Pl. 291, Lapwing, Vanellus cristatus (Meyer.), Le Vanneau, (Huppé.) a superb hand-colored lithograph from John Gould’s Birds of Europe. Drawn from nature and signed in the stone by John and Elizabeth Gould, a male and female are depicted in summer and winter plumage. Referring to the elegant form of the Lapwing, or Peewit, in the accompanying text description, Gould remarks that the plumage of the sexes is similar, however the male "exhibits a richer tone of colouring and longer occipital crest."