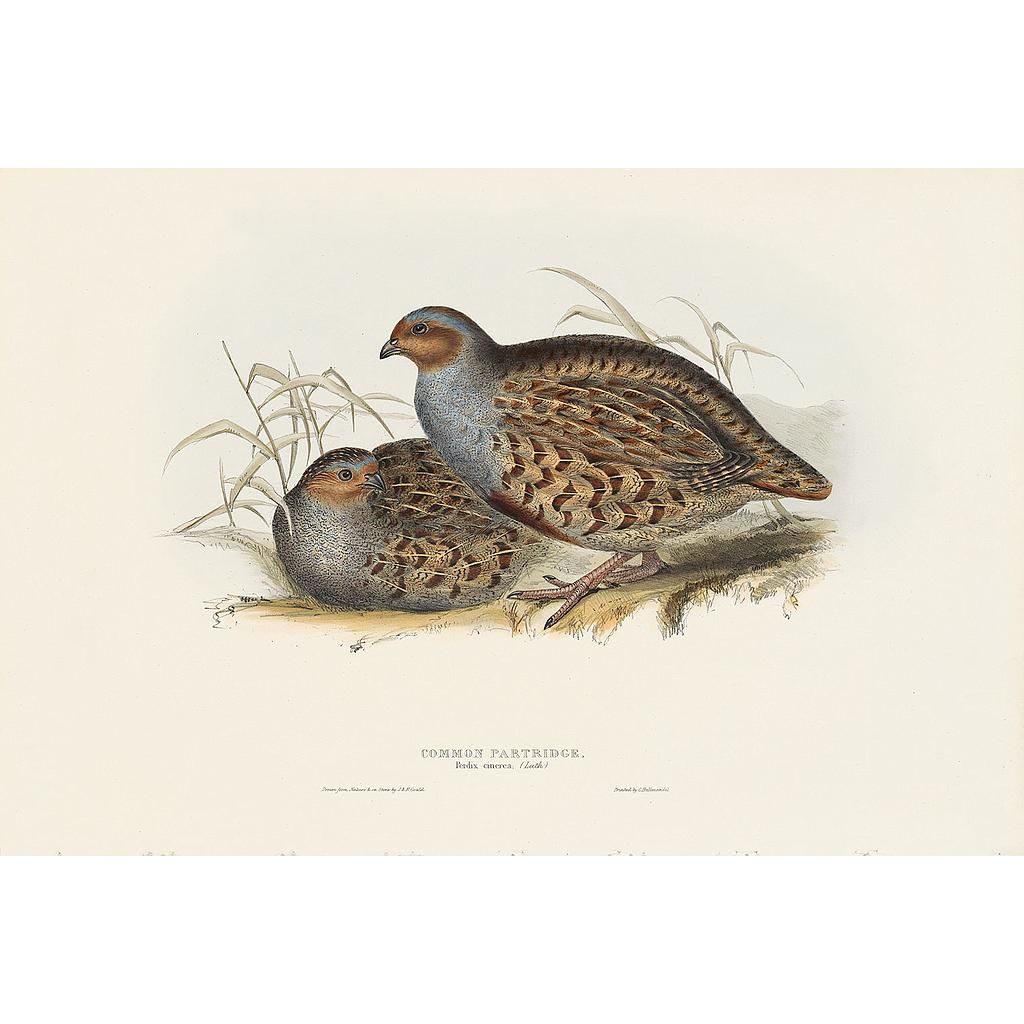 Enjoy significant savings on  Pl. 262, Common Partridge, Perdix cinerea (Lath.), a superb hand-colored lithograph from John Gould’s Birds of Europe. Drawn from nature and signed in the stone by John and Elizabeth Gould. A male and female are depicted.

Strikingly beautiful color and design with elaborate detail in the feathers and throughout the plate. In perfect condition, printed by C. Hullmandel and colored by Gabriel Bayfield in London, 1832–1837. Sheet size measures 14.5 x 21 inches.